On June 15, Udaipur tailor had approached police claiming threat to his life 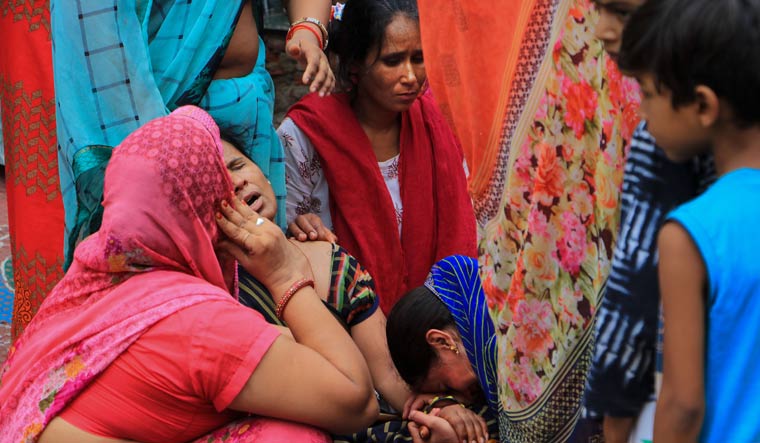 Days before he was killed by two persons for allegedly insulting Islam, Udaipur tailor Kanhaiya Lal had told police in a written complaint he faced a threat to life by some people who were conducting a "recce" of his shop, officials said Monday.

On June 11, Kanhaiya Lal's neighbour Nazim had filed a case against him over a controversial social media post and he was arrested.

After he was released on bail, he told the police in a written complaint on June 15 he was receiving threat calls from Nazim and others and sought police protection.

However, the officials said, the police mediated between Nazim and Kanhaiya and the matter was settled with Kanhaiya giving in writing that he does not want any further action.

However, within two weeks two men pretending to be customers entered his shop Monday and "beheaded" him with cleavers, with one of them recording the act and posting it on social media, drawing widespread condemnation. They were arrested soon after their confession video went viral.

In his June 15 complaint filed at the Dhan Mandi police station against Nazim and five others, the tailor had alleged they circulated his photo in their community groups on social media with a message that he should be killed if seen anywhere or if he opens the shop.

In the complaint, Kanhaiya had said he was being pressured to not open his shop.

"Nazim and five other persons are conducting recce of my shop and not allowing me to open the shop. Five-seven people are doing rounds of my shop in the morning and evening and I have come to know that they will try to kill me as soon as I open the shop," he had said in the complaint.

"Since Nazim and other 4-5 persons have circulated my name and photo in their community group and asked all that this man, if seen anywhere or come to shop, should be killed because he has made a controversial post," he had written in the complaint.

He also mentioned that the controversial post was shared on Facebook inadvertently by his son who was playing a game on his mobile phone and that he was not aware of this.  He also said he did not know how to operate a phone.