Case is likely to be handed over to NIA for probe 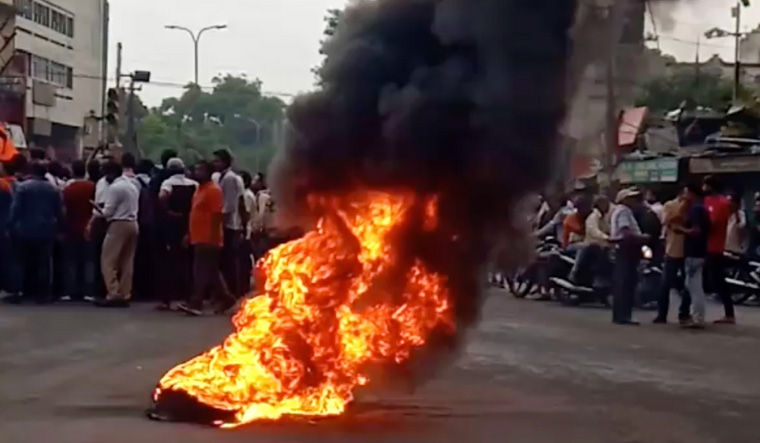 The Centre is treating the gruesome killing of a tailor in Udaipur as a terror attack and dispatched a team of the anti-terror probe agency NIA on Tuesday night, officials said.

Prima-facie it looks like a terror attack, an official said on condition of anonymity.

Two men slit the throat of the tailor and posted a video on social media where they claimed that they are avenging an insult to Islam. This triggered communal tension in the Rajasthan city with curfew being imposed.

A team of the National Investigation Agency has been sent to Udaipur, officials said here.

The case is likely to be handed over to the NIA for probe after registration of a case under the stringent anti-terror law Unlawful Activities Prevention Act.

The men who allegedly carried out the daylight murder and posted videos online admitting to the crime were taken into custody by police.

In a video clip, one of the purported assailants declared that they had beheaded the man and then threatened Prime Minister Narendra Modi, saying their knife will get him as well.

Indirectly, the assailants referred to Nupur Sharma, the BJP leader suspended from the party over a remark on Prophet Mohammad.