'Congress stands with you': Sonia appeals to Agnipath protesters, calls for non-violence 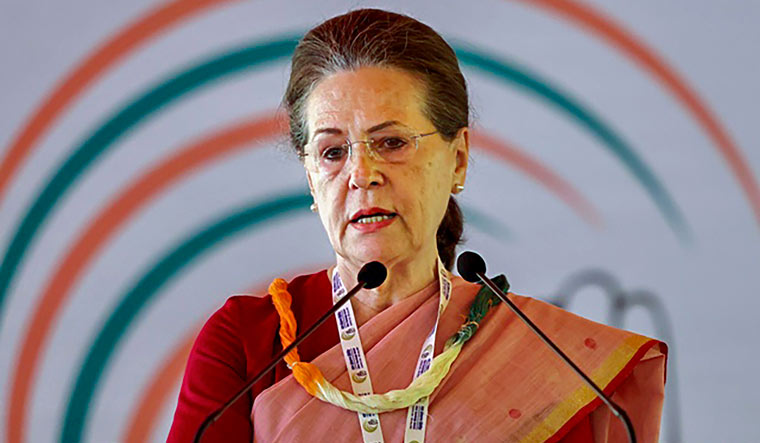 As protests against the Agniveer recruitment scheme spread to more states, Congress president Sonia Gandhi appealed to the job aspirants to adopt non-violent ways to fight for their demands. She assured them the Congress party would work for the withdrawal of the "directionless" scheme.

"It is unfortunate that the government has announced a new armed forces' recruitment policy, which is completely directionless and it has done so while ignoring your voices," she said in a statement in Hindi, addressed to the youths. The statement was shared on social media by Congress leader Jairam Ramesh who was recently appointed as the AICC general secretary in-charge of communications.

The Congress president said along with the youths, several ex-soldiers and defence experts have questioned the scheme. Sonia, who is being treated at a hospital in Delhi for a lower respiratory tract infection and post-Covid symptoms, said she can understand the pain of the youths over the "three-year delay" in recruitment despite lakhs of vacancies in the Army.

"The Congress stands with you with full force and promises to struggle for your interests and for the withdrawal of this scheme,” she said.

Appealing for peace, she said: "Like true patriots, we will articulate your voices following the path of truth, non-violence, resilience and peace."