Despite Prophet controversy, Islamic nations continue to engage with India 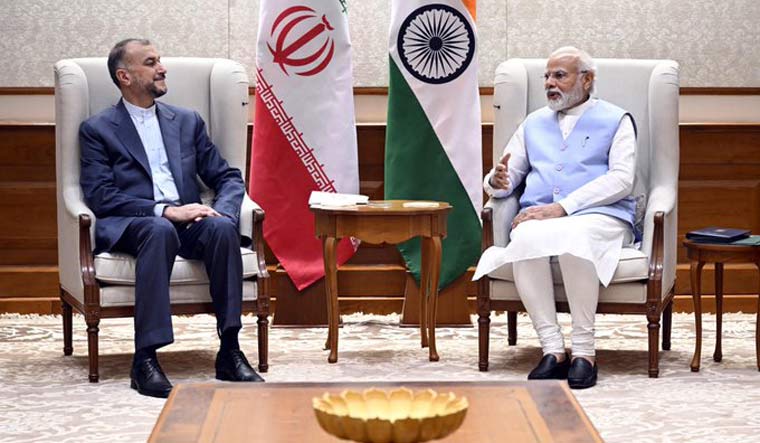 The outrage across the Islamic world over certain unsavoury remarks that Nupur Sharma, in her capacity as the spokesperson of the Bharatiya Janata Party, had made notwithstanding, these countries continue to engage with India diplomatically, and are even taking forward the ties.

Iran's foreign minister Hossein Amir Abdollahian is currently in India on a visit. Yesterday, he met External Affairs Minister S. Jaishankar and they discussed matters of bilateral interest, including the Chabahar connectivity project and that the absence of oil from Iran and Venezuela were making it difficult for India to meet its energy security needs.

According to Ministry of External Affairs spokesperson Arindam Bagchi, however, the dignitary did not raise the issue of those comments. Iran had, earlier, issued a terse statement against the comments by Sharma and another BJP member, Naveen Kumar Jindal on Prophet Muhammad. The Indian government had dissociated from those remarks, and said they were not reflecting the views of the government. The government also said that the political party had been told to take remedial steps. Sharma has, since, been removed from her post and suspended from the party.

Next week, New Delhi will host the India -ASEAN Special foreign ministers' meet (June 16-17) to commemorate 30 years of the India-ASEAN ties. ASEAN is a bloc of ten important south east Asian countries. Since India's Indo-Pacific policy clearly stresses upon the centrality of ASEAN, it is an important block for India both strategically as well as economically. Two important members of the ASEAN, Malaysia and Indonesia, have issued statements against the anti-Islamic remarks and tweets. However, India's quick disengagement from the comments appears to have placated them for the present, at least, as they will be heading for the special meet.

India has developed strong ties with Islamic nations, both bilaterally as well as through blocs. In 2019, India's then external affairs minister Sushma Swaraj had even attended a meet of the Organisation of Islamic Cooperation (OIC), a huge breakthrough for India. OIC, however, takes up every issue concerning the Muslim minority in India, from the controversy over the hijab ban to the sentencing of Yasin Mallik. Such developments in India will bring a criscross of cracks in various external relationships. They also put the Indian government in apology mode.

However, India is as important to these various nations. With West Asia, India is a large trading partner and a consumer of oil. It also provides human resources. In the south east, the cultural, trade and strategic ties are important, specially under the shadow of the Chinese dragon. Maldives, which too issued a statement, is heavily dependent on Indian aid for economic development. So while they will issue terse statements, they may not be in a hurry to downscale relations. For the present, that is. It may not be so always, though.