Rift with BJP? Nitish plans all-party meeting on caste census on May 27

Says "everyone is not on board" on demand for caste census 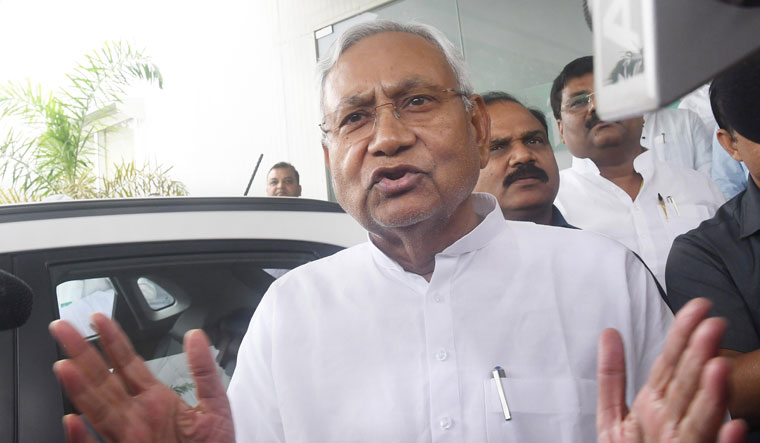 Bihar Chief Minister Nitish Kumar on Monday reiterated that his government was in favour of a caste census.

Nitish said an all-party meeting on the demand for a caste census was likely on May 27. “We will call an all-party meeting to take everyone's views on a caste-based census. Then the proposal will be presented before the state cabinet. We have spoken to some parties on conducting the meeting on 27 (May) but we are waiting for some parties to respond. After a final decision, the proposal will go to the cabinet and then we will start work... We have started talks with every party. Everyone is not on board. We are waiting for their response,” Nitish was quoted as saying by NDTV.

Nitish's reference to parties not being “on board” appeared to be aimed at the BJP. The Centre had argued that holding a caste census was a divisive exercise.

Last year, Nitish had led a delegation of leaders of various parties to meet Prime Minister Narendra Modi on the demand for a caste census. RJD's Tejashwi Yadav had accompanied Nitish then.

In recent days, the BJP and Nitish's JD(U) have openly disagreed on a variety of issues such as demand for a caste census, liquor ban and law and order in Bihar.

The last caste-based census was held in 1931, when Bihar, Jharkhand and Odisha were one entity in the British era. Critics of the proposal claim a caste census could show increased population of OBCs and lead to calls to lift the '50 per cent' cap on reservation imposed by the Supreme Court.