Her changed appearance prompted a flurry of comments on social media 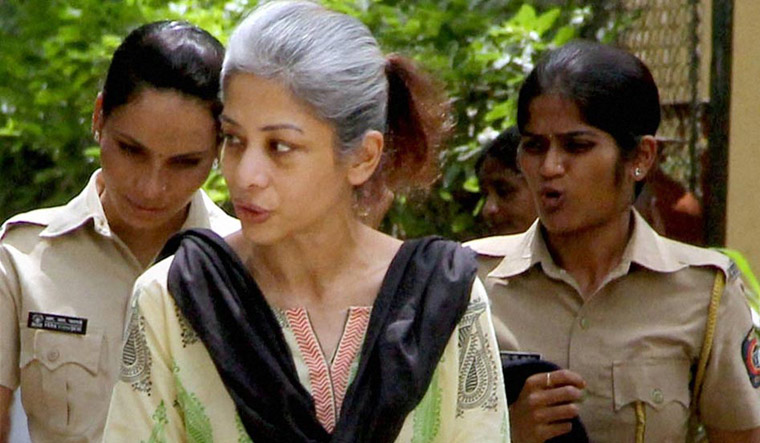 Over six years after she was arrested for allegedly murdering her daughter Sheena Bora, former media executive Indrani Mukerjea, on Friday evening, walked out of Mumbai's Byculla women's prison.

I am happy, a beaming Indrani told waiting reporters.

She then stepped into the lawyer's high-end car and drove to her Worli flat.

She did not entertain queries from media there.

Her changed appearance prompted a flurry of comments on social media.

“So they have beauty parlours in jail,” read a tweet.

Supreme Court granted Indrani bail in the case on Wednesday.

Sheena Bora (24) was killed sometime in April 2012 if the investigators are to be believed, but the crime came to light three years later with the arrest of Shyamvar Rai, Indrani's former driver, for illegal possession of weapon on August 21, 2015.

During the interrogation, Rai told the police that he knew of a murder that had taken place in April 2012.

Indrani, former media executive and the wife of media baron Peter Mukerjea, had strangulated her daughter Sheena in a car with the help of her former husband Sanjeev Khanna, Rai claimed.

Indrani maintained that she was being falsely implicated in the case.

Mumbai Police claimed that Bora, her daughter from an earlier relationship, was killed by Indrani and Khanna in a car which Rai was driving, and the body was buried in a forest in neighbouring Raigad district the next day. The body had been found in a decomposed state a month after the murder but remained unidentified for three years till Rai's alleged disclosure, the police said.

The case was transferred to the Central Bureau of Investigation (CBI) in September 2015.

In November 2015, the CBI arrested Peter Mukerjea for allegedly being part of the conspiracy.