Amte had a penchant for giving imaginative names to institutions, movements 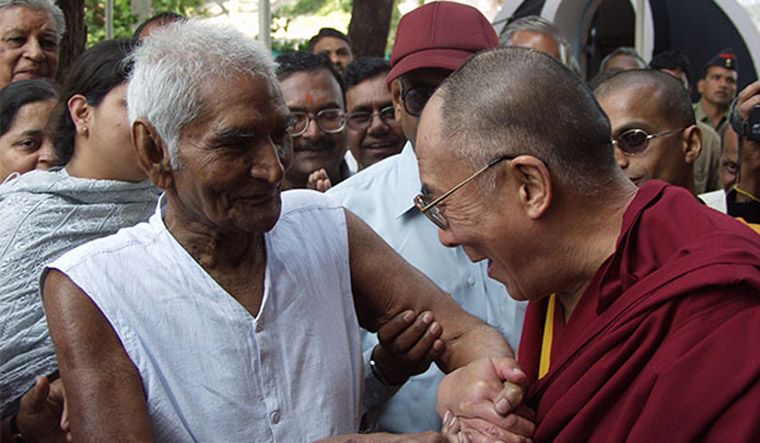 The Congress's idea of a Bharat Jodo yatra, to be launched on October 2 from Kanyakumari to Kashmir, seems to have been inspired by eminent social worker and Gandhian Baba Amte.

Back in 1984, when the country's unity and integrity were threatened following the military operation in the Golden Temple (Operation Blue Star), followed by the assassination of Prime Minister Indira Gandhi and the massacre of Sikhs in Delhi, Amte came up with the idea of a yatra to spread the message of communal harmony and national integrity.

Amte had a penchant for giving imaginative names to institutions and movements. Styling after the Quit India movement against the British, he named his yatra Knit India. Even the Hindi nomenclatures had similarity. If the 1942 nationalist movement was Bharat Chodo, he called his integration movement Bharat Jodo.

Thus he led about 100 young men and 16 women, whom he had brought together under the name YES or Youth Emergency Service (“the youth shall say 'yes' to the new”, he used to explain), on a cycle rally from Kanyakumari to Kashmir. Launched in December 1984, the youngsters pedalled more than 5,000km, organising meetings, taking part in discussions and reaching out to the public with the message of national unity and communal amity.

Amte, who was THE WEEK's first Man of the Year (1983), was later honoured with the Magsasay Award for social work.