Seeks setting up of regional benches of SC in Chennai, Kolkata, Mumbai 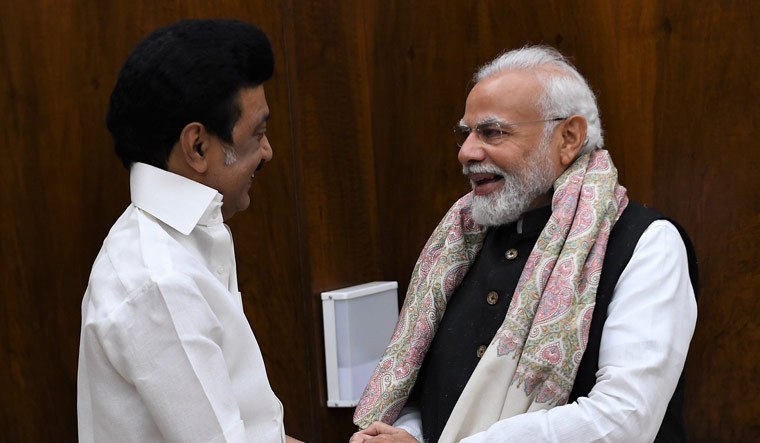 Tamil Nadu Chief Minister M.K. Stalin, on Thursday, urged Prime Minister Narendra Modi and Chief Justice of India N.V. Ramana to initiate appropriate steps to declare Tamil as the official language of the Madras High Court and its Bench in Madurai, in addition to English.

Besides, he insisted upon the inclusion of social diversity and social justice in the appointment of High Court and Supreme Court judges in "true letter and spirit" and to establish permanent regional benches of the Supreme Court in New Delhi, Chennai, Kolkata and Mumbai to ensure people in other parts of this "vast country have equal access" to the apex court.

In a letter addressed to the PM and Chief Justice of India, a copy of which was made available to the media, he reiterated the three demands that he had raised in his speech at the high court function in Chennai on April 23.

"I remain in the fond hope that these three demands of the people of Tamil Nadu will be considered and implemented by your good selves in the nearest future," he said in the letter.

On the higher judiciary, Stalin claimed that as per the hierarchy of courts, with the Supreme Court of India as the apex court, the unitary makeup of the judicial branch is only to ensure judicial discipline so that the judgements of the Supreme Court are followed by all courts and authorities in India.

"In other aspects, we must not lose sight of the fact that the judicial branch also must reflect the spirit of co-operative federalism enshrined in our Constitution," he said.

Hence, it becomes all the more important that the composition of Supreme Court and the High Courts reflects the diverse and pluralistic society of India, since the past few years, there has been declining representation from all sections of the society in the higher judiciary, leading to a "diversity deficit, he said.

Judicial diversity is fundamental to the quality of judging and a broad based, heterogeneous group of judges representing various sections of the society, alone can reflect the views and values of society as a whole, particularly on issues involving historical, traditional, linguistic and cultural matters.

This is because they would provide wider perspectives, since the group of judges would naturally interpret and enforce law based on their multi various backgrounds, Stalin reasoned.

"I am of the firm view that all states must find proportional representation on the bench of the Supreme Court. It will then truly reflect the diverse nature of Indian society in its various dimensions," he said and requested for the inclusion of this requirement to maintain social diversity and social justice in the appointment of High Court and Supreme Court Judges in the Memorandum of Procedure to appoint Judges and follow the same in true letter and spirit.

Another issue in which the federal character of the nation must be reflected in the judicial branch, is the establishment of permanent regional benches of the Supreme Court. While there are 25 high courts across the nation, it is seen from data that the number of appeals being filed in the Supreme Court is more from states around the NCR region than states located further away from Delhi.

"Moreover, as a language that is both Classical and a vibrant modern language it would be perfectly suitable to use Tamil in the High Court. Further, making law and justice comprehensible to the common man in the court proceedings is essential in the justice delivery system," he said.