Violence breaks out after stones were pelted at the procession 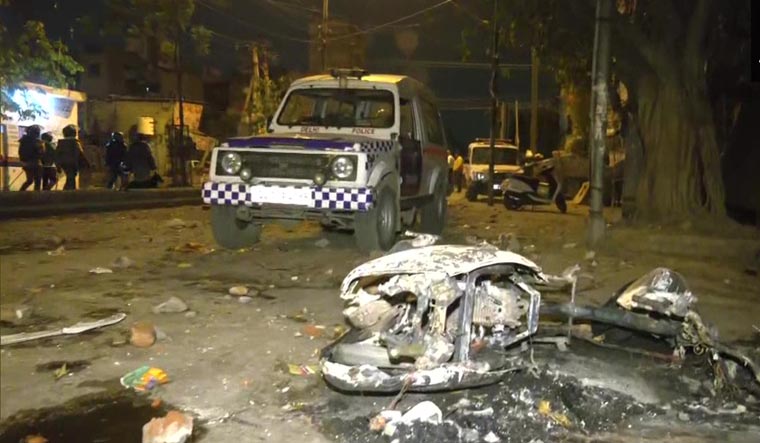 Clashes broke out between two communities in northwest Delhi's Jahangirpuri area on Saturday evening after stones were allegedly pelted at a Hanuman Jayanti procession. Several people, including police personnel, have been injured.

Union Home Minister Amit Shah spoke to Delhi Commissioner of Police Rakesh Asthana and Special Commissioner (law and order) Dependra Pathak over the violence and directed them to take necessary action. The home ministry is keeping a close watch on the situation.

“The situation is under control. We have deployed additional force where the incident took place,” Asthana told news agency ANI. He added that forces have been deployed in other sensitive areas as well across the national capital.

Pathak told reporters that the police are trying to create a peaceful environment by holding talks with peace committees. He also claimed that adequate security personnel including senior officers have been deployed in the area to control the situation.

Some BJP leaders, including Kapil Mishra and Delhi's party unit spokesperson Praveen Shankar Kapoor, alleged that it was the handiwork of illegal Bangladeshi migrants living in the area.

The clashes in Delhi followed similar incidents of violence in several states last week during the Ram Navami processions. One person each was killed in Gujarat and Jharkhand while clashes reported in Madhya Pradesh and West Bengal, too.

In Delhi, two groups of students clashed at the prestigious Jawaharlal Nehru University (JNU) allegedly over serving of non-vegetarian food on Ram Navami in its mess, with police saying six students were injured.