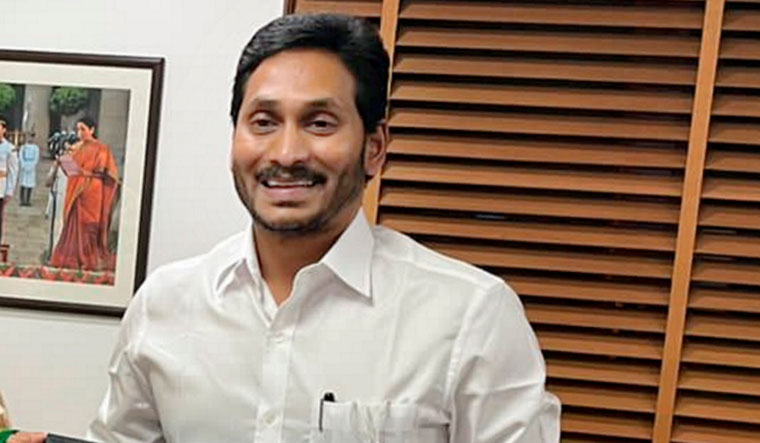 The Y.S. Jagan Mohan Reddy government in Andhra Pradesh has implemented a unique rotational system for its cabinet. In 2019, when YSR Congress Party came to power, it was decided that the first set of ministers would be in cabinet for the first half of the term after which another set of ministers will take over for the rest of the term.

As promised, the major reshuffle is taking place, but with a little delay because of the pandemic. The ruling party hopes to provide opportunity to a wide number of its legislative members through this exercise.

On Thursday, the last cabinet meeting was held in the afternoon in which around three dozen issues were on agenda, including the creation of new revenue divisions in the state which came up for discussion. Post that, all the 24 cabinet members were asked to resign. It has been reliably learnt that four-five ministers may retain their posts because of the compulsion to maintain caste and regional balance in the cabinet.

Jagan Mohan Reddy is expected to meet the governor soon and the process of accepting the resignations is expected to be completed. Preparations are already underway for a grand send-off to the ministers in the capital, Amaravati on April 11. On the same day, the new ministerial faces will be taking oath at an auspicious time.

Though the cabinet rejig was pre-decided, it still managed to surprise political analysts who felt it was a daring and risky move since it could trigger discontentment wave among the seniors who make up most of the cabinet.

Since the state elections are just two years away, this development holds significance. Some of those bidding goodbye include senior politicians, Jagan loyalists and also those who were known as the backbone of the party. Right through Thursday, hectic activity was observed inside the secretariat and at chambers of ministers where officials gathered to welcome the changes. It has been learnt that the YSRCP chief informed the outgoing ministers to use their experience to prepare for the polls. Recently, the state government had created new districts so the leaders have been told to leverage on it and smoothly manage the administrational transition. The exited ministers are likely to be appointed as the district or regional coordinators.

It is expected that in the new cabinet, the social combinations would remain the same and the portfolios would be distributed keeping in mind the performance of the MLAs and its impact on the polls.