Naik has been extolling terrorists and justifying the suicide bombings, says MHA 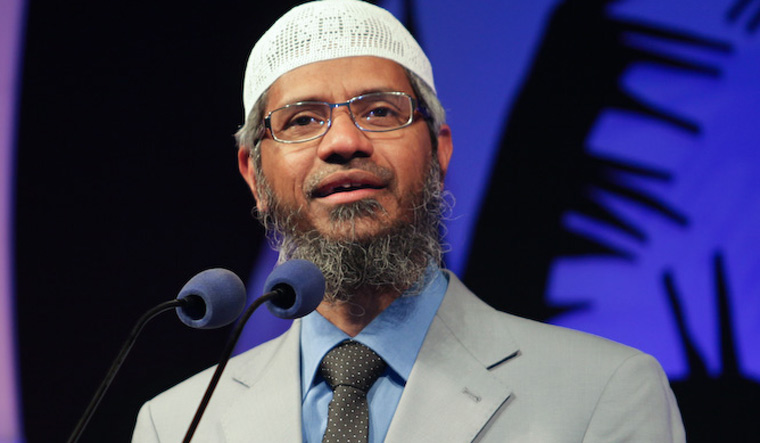 The government has imposed a ban on the Islamic Research Foundation (IRF) set up by religious preacher Zakir Naik for five years, terming it an unlawful association.

The Ministry of Home Affairs, in a notification issued on Wednesday, noted that Naik's speeches were objectionable as he has been extolling terrorists and proclaiming that every Muslim should be a terrorist.

"Naik has also been further inspiring the Muslim youth and terrorists in India and abroad to commit terrorist acts," it said.

The ministry further claimed that Naik was promoting forcible conversion of the youth to Islam, justifying the suicide bombings and posting objectionable comments against the Gods of Hindus and other religions.

According to the MHA notification, the “unlawful” activities of the IRF and its sympathisers have been noticed in states like Gujarat, Karnataka, Jammu and Kashmir, Jharkhand, Kerala, Maharashtra and Odisha.

The fresh notification followed the order of an anti-terror Tribunal that it is in full agreement with the arguments made by the government.

Solicitor General Tushar Mehta had submitted before the Tribunal that there was enough evidence on record to show that Naik continued to reach out to his followers in India by propagating his teachings through videos.

The government had earlier on November 15, 2021 issued a notification banning the IRF for a period of five years. The Tribunal said it is of the view that there are sufficient reasons and causes for declaring the IRF an unlawful association.

"It is satisfied that there existed sufficient cause for imposing the said ban on IRF as its unlawful activities are subsisting through various mediums, which are detrimental to the sovereignty, unity, integrity, security of India and causes disaffection against India,” the Tribunal said.

The Tribunal headed by Delhi High Court Chief Justice D.N. Patel was set up under the Unlawful Activities (Prevention) Act or UAPA to adjudicate over the IRF ban.