Is BJP trying to lure Congress MLAs in Gujarat ahead of polls? 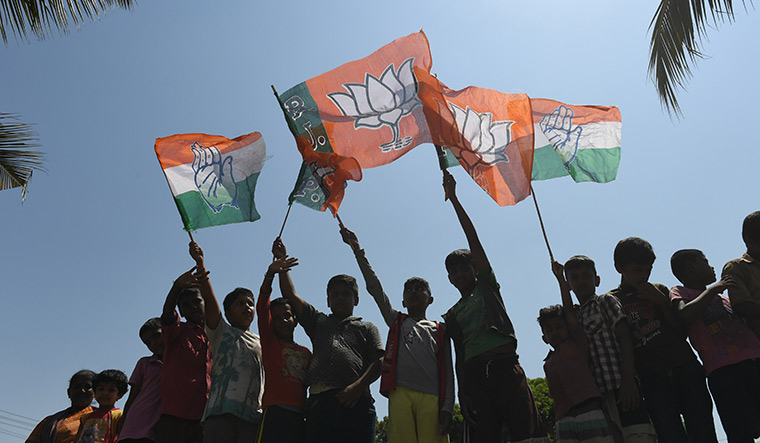 The BJP is trying to lure 10 Congress MLAs in Gujarat ahead of the assembly polls there, an adviser to Rajasthan Chief Minister Ashok Gehlot has claimed.

Sanyam Lodha, the independent MLA from Sirohi in Rajasthan, also said that he has informed the Congress leadership and its Gujarat unit chief, Raghu Sharma, about the "inputs" he has received.

Assembly elections in Gujarat are scheduled to be held at the end of this year.

The BJP is trying to lure "10 Congress MLAs ahead of the 2022 Gujarat assembly elections. Be alert", Lodha tweeted in Hindi on Friday.

In the tweet, he has tagged Congress leaders Rahul Gandhi and Priyanka Gandhi Vadra, the Congress and the party's Gujarat unit.

"I have warned the Congress. I have inputs about it and that is why I have informed the party. I informed Raghu Sharma 20 days ago... There was no movement from his side so I have tagged the party high command to alert it," Lodha told PTI.

He said, "This is bound to happen if you remain in a slumber. We are anti-BJP and it is our responsibility to raise an alert."

Before the Rajya Sabha elections in 2020, eight Congress MLAs in Gujarat had resigned and later joined the BJP.

At that time, the Congress had shifted its MLAs from Gujarat to Jaipur fearing horse-trading.