The president and prime minister are expected to witness the demonstration 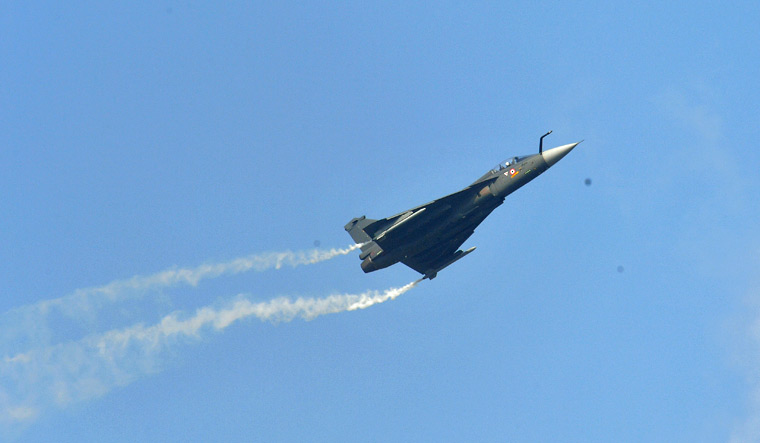 Barely 100km from the Pakistan border, over 100 fighter jets of the Indian Air Force will be engaged in multiple war games to demonstrate India's firepower. For almost a year, the India-Pakistan border has been silent as both sides agreed to a ceasefire last February after a hotline conversation with the Director-General of Military Operations (DGMO).

Exercise Vayushakti-2022 (Fire Power Demonstration) is scheduled to be held at Pokhran, Jaisalmer, on March 5. About 140 aircraft including 100 fighters and helicopters will participate in it.

President Ram Nath Kovind, Prime Minister Narendra Modi and Defence Minister Rajnath Singh, along with the three services chiefs and other dignitaries, are expected to witness the exercise. The firepower demonstration was earlier scheduled for February, but due to rising cases of Covid-19, the war games were postponed to March.

The demonstration by the IAF, conducted once in three years, was first held on July 21, 1953, at Tilpat range in New Delhi. The last demonstration at Tilpat was conducted on March 18, 1989, and thereafter the event was moved to the Pokhran range in Rajasthan, where more land is available to carry out such drills.

The last edition of Vayuskhati happened two days after the Pulwama attack (February 14, 2019), in which more than 40 CRPF jawans were killed in a terror attack by Jaish-e-Mohammad.

IAF officials claim that Exercise Vayu Shakti is mostly about displaying the IAF’s ability to strike targets on the ground—such as enemy convoys and tanks, radar stations, railway yards and military headquarters. "It is basically to showcase our (IAF) ability to punish, our ability to insert and extricate our troops from hostile territories," an IAF official said.

The newly inducted Rafale fighter jet and Apache and Chinook helicopters are going to be the main attraction of the event. MiG-29, Jaguar, Sukhoi Su-30MKI, Mirage-2000, transport aircraft like AN-32, C130, Mi-17 VS and Mi-35 helicopters are among those that will demonstrate their capabilities in the exercise.

Women pilots of the Air Force are also expected to drop bombs from MiG-21 Bison fighter jets during the war games.

Dozens of diplomats, mostly foreign military officers posted in embassies in New Delhi, will also be flown out to Pokhran in an IAF aircraft to witness the airpower display.

It is not yet known whether there would be any diplomats invited from Pakistan or China, as New Delhi would like to send out messages of operational readiness to these two neighbours.