He called it an electoral tactic 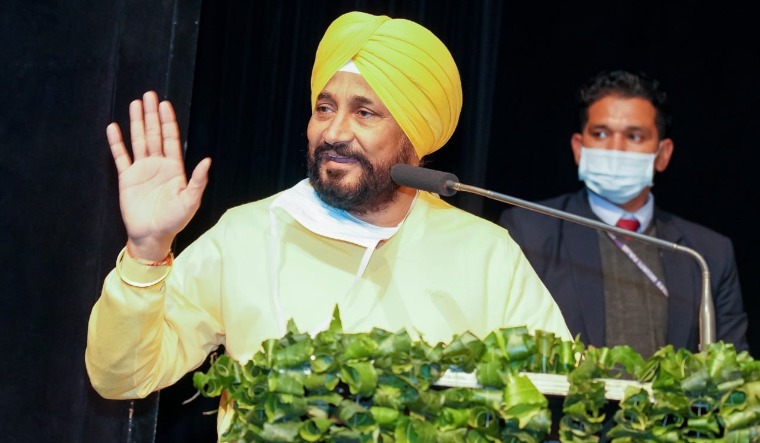 Punjab Chief Minister Charanjit Singh Channi claimed on Monday that he was denied permission to fly to Hoshiarpur on a helicopter because of the visit of Prime Minister Narendra Modi to the state.

He said he couldn't attend the rally led by Congress leader Rahul Gandhi in Hoshiarpur because of this.

"I was in Una at 11 am but suddenly permission to fly (to Hoshiarpur) was denied due to PM Modi's movement, it was declared a no-fly zone. I was not able to attend Rahul Gandhi's rally in Hoshiarpur. I had permission to land," news agency ANI quoted him as saying.

He told India Today that this is an electoral tactic of the BJP. He said if he was informed about this last night, he would have reached Hoshiarpur by car.

Senior Congress leader Sunil Jakhar, while addressing a gathering in Hoshiarpur, said the CM was scheduled to visit Hoshiarpur, but "it is shameful that the Central government canceled permission for him to come here."

Jakhar said if the Election Commission does not take cognisance of this he "will understand these polls are  a farce, a sham."

"A few days back, the prime minister said that when he came to Punjab, he wasn't allowed to visit Ferozepur and there was a threat to his life. Today, when Charanjit Singh Channi is being stopped from coming to Hoshiarpur, I request PM Modi to shed some light on it," he said, reports ANI.