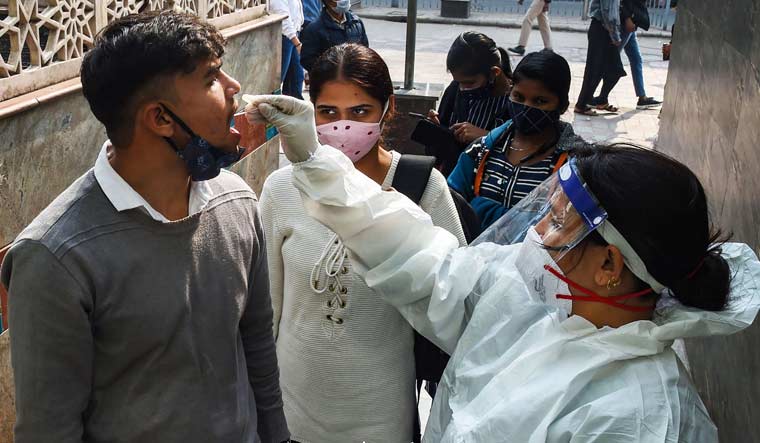 The number of deaths reported in the national capital on Thursday is the highest since June 10 last year when 44 people succumbed to the virus. According to government data, 396 people died due to Covid-19 so far in January while the total number of deaths in Delhi climbed to 25,503.

Meanwhile, the Union government on Thursday said the deaths are significantly less in the third wave in comparison to the second wave and the current surge is not witnessing increase in severe illness or death following high vaccination uptake.

It said that 94 per cent of India's adults have been administered first dose of Covid vaccine, while 72 per cent are fully vaccinated.

For the 15-18 years age group, the government said 52 per cent have received their first dose of Covid vaccine.