The virtual event will be held from January 17 to 21 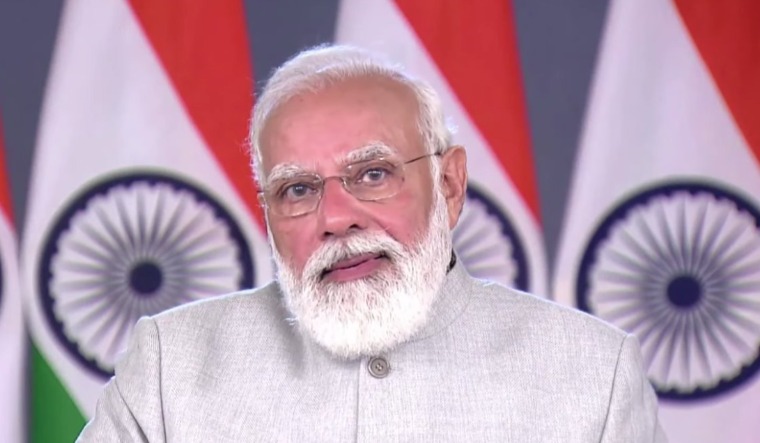 Prime Minister Narendra Modi will deliver a 'State of the World' special address at the World Economic Forum's Davos Agenda on Monday via video conference, his office said.

Prime Minister Modi will deliver the 'State of the World' special address at the World Economic Forum's Davos Agenda on January 17, 2022 at 8:30 PM IST via video conferencing, the Prime Minister's Office said in a statement.

The event will also witness participation of top industry leaders, international organizations and civil society, who will deliberate on critical challenges being faced by the world today and discuss how to address them, it said.

Israeli Prime Minister Naftali Bennett and Japan's Prime Minister Kishida Fumio are scheduled to deliver their respective special addresses on Tuesday, when special sessions would also be held on global social contract and challenges of vaccine equity, which would be attended by WHO chief Tedros Adhanom Ghebreyesus and Serum Institute of India chief Adar Poonawalla, among others.

On Wednesday, German Chancellor Olaf Scholz will deliver a special address. Besides, there would be sessions on energy transition, scaling up climate innovation and Latin America outlook.

European Commission President Ursula von der Leyen and Indonesian President Joko Widodo are scheduled to deliver their special addresses on Thursday, when special sessions would be held on ESG (environmental, social and governance) metrics for a sustainable future; the next frontier for knowledge and action; and restoring trust in global trade and supply chains.

On the last day, Australian Prime Minister Scott Morrison and Nigeria's Vice-President Yemi Osinbajo will deliver their special addresses. Besides, there would be special sessions on the global economy, building future preparedness and accelerating a nature-positive economy.

The WEF has said 'Davos Agenda 2022' will be the first global platform for key world leaders to share their visions for 2022 and it is being convened on the theme of 'The State of the World'.

Heads of state and government will join CEOs and other leaders for the virtual dialogue on critical collective challenges and how to address them, while this dialogue will be a springboard to the Annual Meeting in Davos, scheduled for early summer.

However, COVID-19 is only one of the critical global challenges which may become unmanageable unless world leaders prioritize proactive collaboration and therefore the Davos Agenda will focus on driving concerted action among key global stakeholders, it added.