Christmas season sees a series of acts of vandalism, attacks against Christians

Incidents have been reported from Haryana, Assam, Gurugram 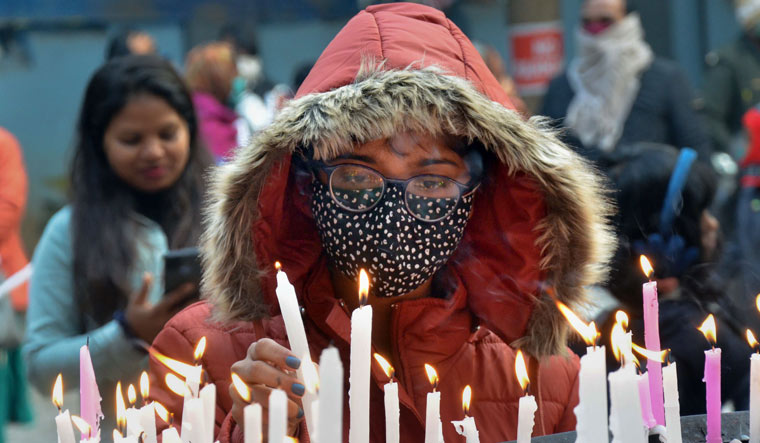 In the latest in a series of incidents of violence against Christians, the statue of Jesus Christ at the entrance gate of a church in Ambala in Haryana was allegedly vandalised by some unidentified people.

Incidents of vandalism and attack against Christians have also been reported from Assam, Gurugram and Agra during the season of Christmas.

In Ambala, the incident occurred in the intervening night of Saturday and Sunday at the Holy Redeemer Church in Ambala Cantonment.

Footage from CCTV cameras in the area has been collected and two suspects have been spotted. A case for hurting religious sentiments has been registered and further probe is underway, SHO of Ambala Cantonment police station, Anil Kumar, said.

In Assam, miscreants disrupted a Christmas programme in Cachar district on Saturday, demanding that Hindus should shun the celebrations. A few people went to the programme venue and asked other Hindus to not participate in the celebrations. They did not object to the Christians celebrating the occasion.

According to eyewitness reports, the youths were wearing saffron scarfs and chanted 'Jai Shri Ram' as they started manhandling people present at the venue.

Meanwhile, in Agra, accusing Christian missionaries of using Christmas as an opportunity to spread Christianity by resorting to gift-distribution spree through Santa Claus to attract children and the poor towards their religion, some Hindu outfits, on Saturday, burnt effigies of Santa.

"As December comes, the Christian missionaries become active in the name of Christmas, Santa Claus and New Year. They allure children by making Santa Claus distribute gifts to them and attract them towards Christianity," regional general secretary Ajju Chauhan of the Rashtriya Bajrang Dal alleged.

In Gurugram, a group of men claiming to be right wing activists allegedly barged into the premises of a church in Pataudi on the eve of Christmas and disrupted the prayers. A video, that has gone viral, showed some men entering the church premises on Thursday evening and raising slogans 'Jai Shree Ram' and 'Bharat Mata Ki Jai'. They were seen allegedly pushing the choir members down the stage and snatching the mike.