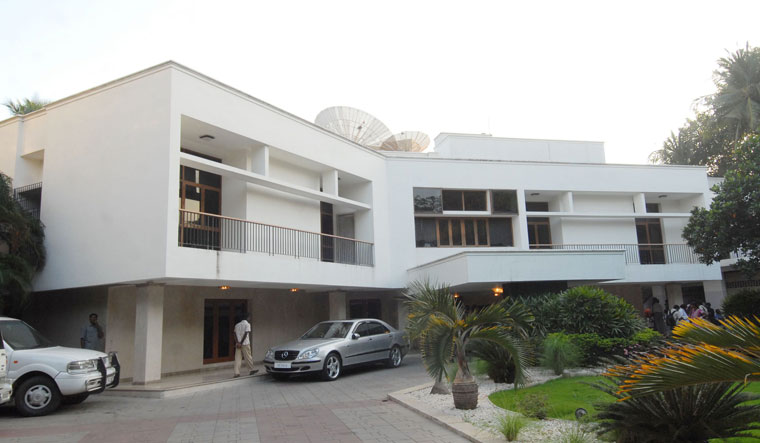 J. Deepa, niece of late Tamil Nadu chief minister J. Jayalalithaa, officially received keys to the Poes Garden home of her aunt on Friday, bringing to close a protracted legal battle to obtain the custody of the palatial building.

Chennai Collector J. Vijaya Rani officially handed over the keys to Jayalalithaa's home after a single-judge bench of the Madras High Court, on November 24, paved the way by setting aside the order to acquire Veda Nilayam, the residence of Jayalalithaa, and ordering that it be handed over to the legal heirs.

“It is a big victory. I am very happy, I feel very emotional as I am stepping into my aunt's house for the first time after her demise,” Deepa said.

Accompanied by her husband Madhavan and well-wishers, Deepa garlanded the portrait of the late chief minister and paid floral tributes.

“This is my birthplace. Memories of the days I spent with my aunt floods my mind,” Deepa told reporters.

“This is my aunt's house and not a power centre. There should be no politics over it.”

Delivering the verdict on a batch of petitions filed by Deepa and her brother J. Deepak, which challenged the acquisition of the bungalow by the previous AIADMK government to convert it into a memorial, Justice N. Seshasayee directed the Chennai district collector to hand over the possession of Veda Nilayam to Jayalalithaa's legal heirs.

Quashing the order on acquisition, the judge directed that compensation amount which the government had deposited pursuant to the award is liable to be returned with interest to the government. Following this, the Chennai collector handed over the possession of Jayalalithaa's home to Deepa.

“The soul of our aunt will now rest in peace. There was resistance against my taking possession of the house. Now with the legal battle over, I have that right,” Deepa said.