Ships of this class will be equipped with underwater drones 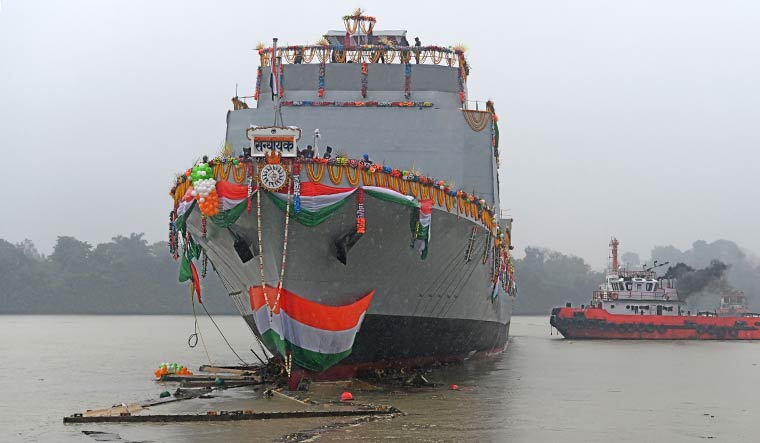 Garden Reach Shipbuilders and Engineers Ltd (GRSE) on Sunday launched the first large survey vessel of the GRSE-class, named Sandhayak. The Indian Navy will receive the ship in 2022.

The 3,300-tonne boat touched water for the first time, in the presence of Ajay Bhatt, Minister of State for Defence. The ceremony was conducted with maritime traditions including the application of vermillion, breaking of coconut on the ship’s bow and chanting of vedic mantras. 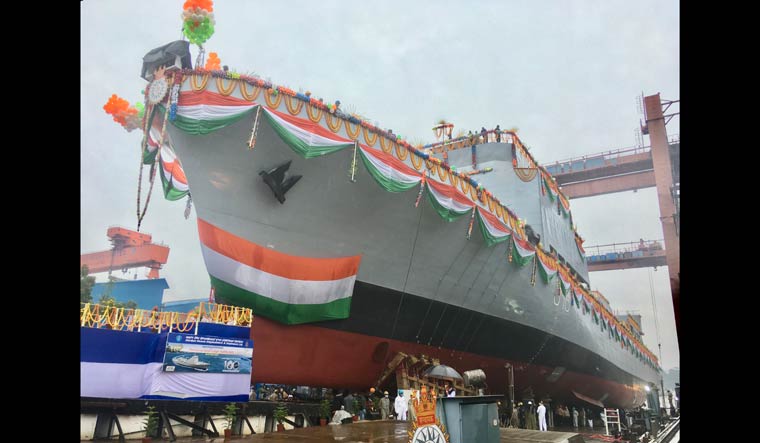 Bhatt lauded GRSE’s efforts and said the launch reinforces the push for Make in India and Atmanirbhar Bharat.

“The vessel will have over 80% indigenous content by cost and this will also ensure that large scale defence production is executed by Indian manufacturing units, thereby generating employment and expertise within our country. It's a matter of great significance that GRSE had achieved a historic milestone, when the 100th warship was delivered by the shipyard. I am confident that the shipyard will scale greater heights in years to come and realise its vision of becoming a world leader in warship building,” he said.

These survey ships are capable of full scale coastal & deep-water hydrographic survey of ports and harbour approaches for the determination of navigational channels and routes. In addition, these ships are also capable of undertaking survey of Maritime limits and collection of oceanographic and geographical data for defence applications, GRSE said in a release.

These ships are propelled by two marine diesel engines combined with fixed pitch propellers and are fitted with bow and stern thrusters for maneuvering at low speeds during surveys. The ships are fully designed by the design team of GRSE to meet the requirements of the Indian Navy and are being built & outfitted utilising the concepts of ‘integrated construction’ and in compliance with applicable provisions and regulations of the Classification Society (IRS).

Highlighting the achievement, Rear Admiral V.K.Saxena, IN (Retd.), Chairman & Managing Director said, “The Survey Vessel (Large) is one of our proud creations for the Indian Navy and coincidentally the previous Sandhayak class of Hydrographic Survey Ships were also built by GRSE. The first ship of that class, Sandhayak, got decommissioned in Jun 2021 after 40 years of glorious service to the nation and her name lives on in true traditions of the Indian Navy.”