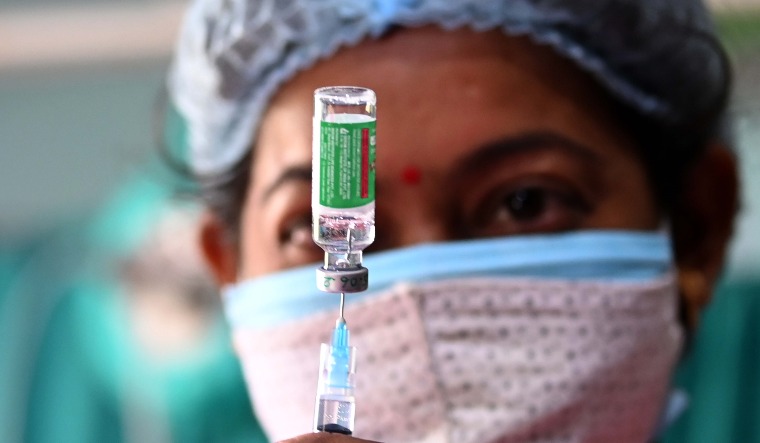 Telangana Health Minister T. Harish Rao shot off a letter to the Centre on Friday to consider reducing the interval between the first and second doses of Covishield vaccine. It wants the earlier prescribed norm of six weeks instead of the current 12-16 weeks between both doses. Speaking to THE WEEK, Rao said that the long gap between the doses of Covishield is proving to be a hindrance in achieving the state’s target of fully vaccinating its population.

According to the state health ministry, 90 per cent of the eligible population of the state received the first dose of the vaccine while only 46 per cent received the second dose.

“We are above national average in administering first dose. The reason for less numbers in second dose in the state is because of the gap between doses in Covishield vaccine. We are requesting the government of India to reduce the Covishield time period. Even though we are trying hard, two things are happening because of this gap. The seriousness is lost and there are chances people are also forgeting to take it on time,” said Rao.

The state had set an ambitious target of fully vaccinating its population by December 31. The minister said that they are trying hard to push close to the target.

In the backdrop of fears over a new variant Omicron, the administration is expediting vaccination drives across the state. However, at some places, the officials are finding it hard to convince people as some are still apprehensive and misinformed about the effects of the vaccines.

Special teams of officials from health department and panchayats and municipal administration, sometimes assisted by local public representatives, have been involved in counselling and convincing the unvaccinated households.

The minister also informed that they will practise a novel way of infusing positivity about vaccines in the society.

“Our teams will conduct door-to-door surveys. We will be pasting stickers on the door to indicate that the house is fully vaccinated. Those who have still not opted for the vaccine will not have the sticker outside their house,” said Rao, who is also the finance minister of the state.

Till date, the state has administered 3.82 crore vaccine doses. A stock of around 75 lakh doses are available for usage in the state.

The state is also gearing up for a third wave. Around 27,000 beds equipped with oxygen are ready, along with 10,000 beds exclusively for children.

The minister informed that strict surveillance is on at the Hyderabad airport and every international passenger will be allowed to exit the airport only after undergoing tests and on receiving a negative report. Those who test positive will be sent to state-run TIMS where their samples will be taken and sent for genome sequencing. Around 200 cases have been detected in 24 hours till evening in the state.