AAP has been making forceful attempts to amplify its nationalistic credentials 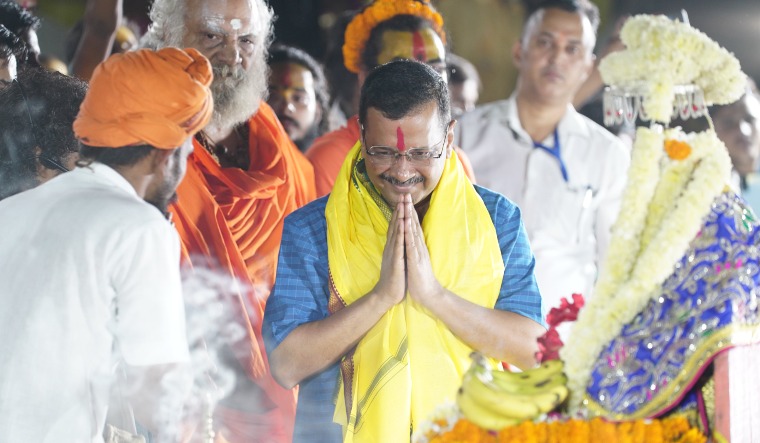 Intensifying its campaign for the upcoming assembly polls in Punjab, the Aam Aadmi Party will hold a Tiranga Yatra in the state on December 2.

The AAP has so far held Tiranga Yatras in poll-bound Uttar Pradesh in a bid to emphasise upon its nationalistic credentials, and will be expecting to do the same in Punjab.

It is believed that the Hindus in the state continue to have apprehensions about the AAP, which was, in the previous assembly elections, perceived to have flirted with Sikh extremist elements. In fact, it was one of the reasons why the party failed to live up to the pre-poll projections in the last assembly polls.

The yatra is seen as an effort to assuage the concerns of the Hindu community in the state. Pathankot, which lies on the border with Jammu and Kashmir as also Himachal Pradesh, is a Hindu-dominated area. The Bharatiya Janata Party has traditionally done well in Pathankot.

The AAP has made a forceful attempt to amplify its nationalistic credentials, and its leaders, especially Kejriwal, have worn their Hindu identity on their sleeves, with their visits to temples and organising televised Diwali. Tiranga Yatras in the UP and naming a former Army man as its chief ministerial face in Uttarakhand are seen as part of this effort. These initiatives, though in UP and Uttarakhand, are now seen as part of the AAP's effort to deal with the perceived misgivings of the Hindu community with regard to the party.