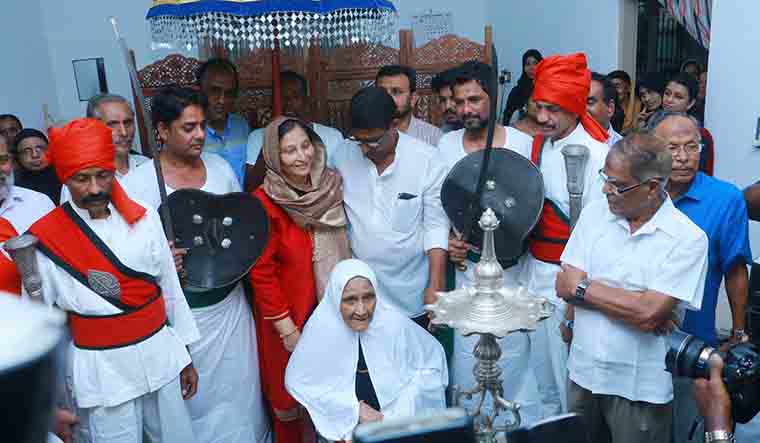 Sultana Adiraja Mariyumma, the head of the Arakkal family - the only Muslim royal family in Kerala - passed away today at 87.

Sultana Mariyumma, also known as Cheriya Bikkunhu Beevi, was the 40th in the line of succession. She has three children.

In the Arakkal dynasty, the eldest person of the family, irrespective of gender, becomes the ruler.

The eldest daughter of the family—known as Arakkal Beevi—is the titular head of the family. The man who marries the women of the Arakkal family, is given the title of "Elaya". This is how Mayankutty Keyi became Mayankutty Elaya. The daughters of Arakkal would mostly—if not always—marry a groom from the Keyi family.

There are several stories about the foundation of the Arakkal family, the only Muslim royal family in Kerala. The prominent one is about a princess from the Chirakkal royal family. She was saved from drowning in a river by a handsome Muslim youth. Since he had given her a dhoti while saving her, the princess insisted that he give her a "pudava" - synonymous with marriage as per Hindu custom - and that she would want to live with him. The Chirakkal king, though initially unhappy, accepted his daughter's choice and bequeathed a huge property and palatial building for her to stay. Many attribute the matrilineal system which the Arakkal family still follows—a rarity among Muslims in the south—to this inter-religious marriage.

The family was highly influential and rich, and was the owner of Lakshadweep till the British confiscated it at the beginning of the 20th century.