The bungalow should be handed over to Deepa and Deepak, rules the court 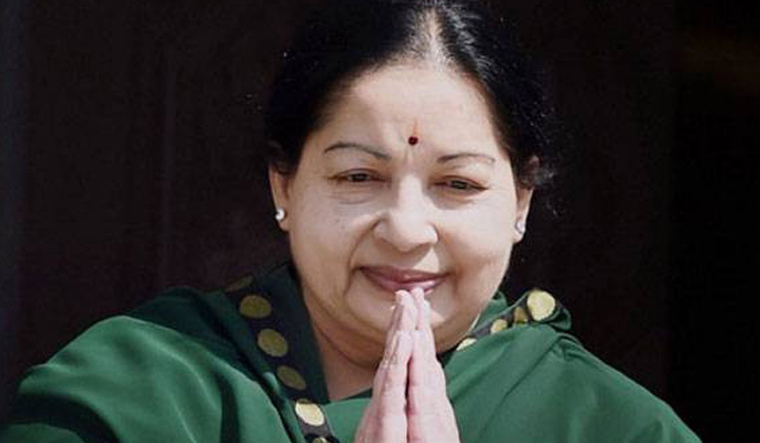 The Madras High Court on Wednesday quashed an order by the previous AIADMK government to acquire former chief minister J. Jayalalithaa’s residence, Veda Nilayam, at Poes garden in Chennai and to convert it into a memorial.

Striking down the order issued hurriedly by then chief minister Edappadi K. Palaniswami during the final days of his government, Justice N. Seshasayee directed the Chennai collector, the registrar general and other authorities to hand over the bungalow to Jayalalithaa’s niece Deepa Jayakumar and nephew Deepak.

“All the three writ petitions are allowed. This court sets aside the notices of the government and quashes the government order and award passed by the chief secretary (to convert it into a memorial) dated July 22, 2020,” the court said and clarified that “the Income Tax is free to proceed for any arrears of tax payable by Jayalalithaa which is chargeable on her estate by law.”

The court also agreed to the representation made by Deepak that there was no need for Jayalalithaa’s house to be converted into a memorial when the government had already built a mausoleum at the Marina beach for the former chief minister “at a considerable expenses to the public exchequer”. Deepak also said in his writ petition that “the Social Impact Assessment (SIA) has not been properly done and the government has given a go-by to Section 4(4)(f) of the RFCTLARR Act and avoided exploring the possibility of an alternate site for acquiring the property”. The SIA report had not considered the feasibility of an alternate place and given a go-by to the Environmental Impact Study, which is mandatory under Section 4(4) of the Act, he further said.

Based on Deepa and Deepak’s petitions, the high court, in its order, dealing with ‘facts and pleadings’ in a detailed tabular column, rejected the argument of the erstwhile AIADMK government that the acquisition was in public interest.

In their petitions, Deepa and Deepak had requested the court to issue ‘Certiorarified Mandamus’ calling for the records of the impugned land acquisition proceedings and to quash the order as “perverse, arbitrary, biased, illegal, untenable, smacks of malafide and colourable exercise of powers”.

Deepa and Deepak, children of Jayalalithaa’s brother Jayaraman, had been declared as the legal heirs of the former CM by the high court in 2020.

Jayalalithaa, who was a voracious reader, had a collection of 8,376 books at her Poes Garden residence. The last book Jayalalithaa read when she was in the hospital was Wishes Fulfilled by Wayne Dyer. THE WEEK in its exclusive report on Jayalalithaa’s assets, published in July 2017, had written about the books she loved to read.

Now with the court order, the books in Jayalalithaa’s library, too, will be handed over to Deepa and Deepak. Apart from these books were four kilos of gold, 610 kilos of silver and 10,000 garments in the Poes Garden residence, which also would go to her legal heirs.

The house, which has been a silent witness to the political outcomes in the past three decades, was a bone of contention between former chief minister Palaniswami, AIADMK’s ousted leader V.K. Sasikala and Jayalalithaa’s legal heirs Deepa and Deepak. While Sasikala chose to stay silent without interfering in the legal course, Deepa and Deepak went to the court to claim their legal rights.