'More than 700 farmers died by suicide. Farmers will never forget this' 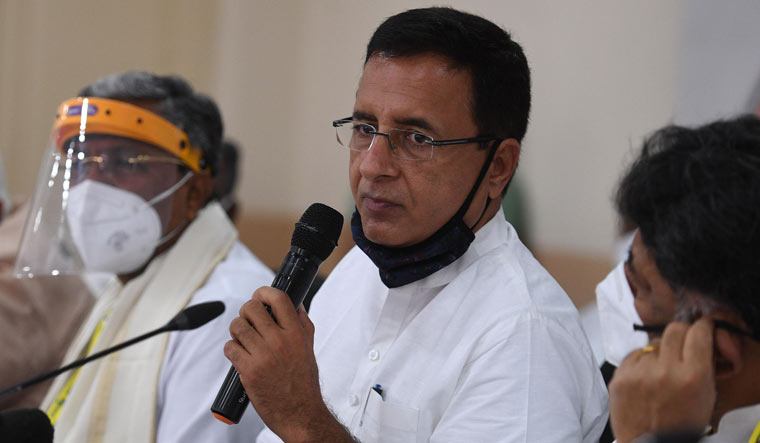 Describing the Narendra Modi government's decision to repeal the three contentious farm laws as a defeat for “anti-farmer BJP”, the Congress today said that the move was dictated by the saffron party's assessment that it would suffer because of the controversial legislation in the coming Assembly elections.

Offering the Congress' reaction to Modi's surprise announcement this morning that the government was ready to withdraw the three farm laws against which farmers have been agitating for close to a year, AICC Communications Department head Randeep Surjewala said the Prime Minister had through the declaration accepted “his crime”. He said Modi's arrogance has had to bow before the sacrifices made by farmers.

The principal opposition party's effort is to project the move as too little too late and a decision dictated by electoral concerns. Surjewala said the farmers will never forget all that they had to go through the last year. “The Modi government refused to listen to the pleas of farmers to take back the farm laws and instead forced them to stay on Delhi's borders during inclement weather and installed concertina wires and dug up the highways to prevent them from entering the capital.”

“More than 700 farmers died by suicide. And in Lakhimpur Kheri, a central minister's son mowed down farmers. They called them terrorists and Naxalites. Farmers will never forget all this,” he said.

Surjewala said the Modi government stood exposed concerning its anti-farmer policies, and while the Centre has decided to repeal the three farm laws, during the last seven years, it has taken several steps that have made matters worse from bad for the farming community.

The Congress was quick to link the decision with the coming state elections, saying the BJP is unnerved by its lacklustre show in the recent bye-elections and was aware that it would face a defeat in the Assembly polls, especially in Uttar Pradesh and Punjab.

“It is the fear of voters that has forced the government to go back on the farm laws,” Surjewala said.

He said the farmers were correct in not taking back their agitation right now and waiting till the session since the Prime Minister cannot be trusted. “The farmers are right in being suspicious about Modi and wondering if there is any conspiracy at play,” he said.