After Israeli missiles, Tejas fighters to get French bunker busters? 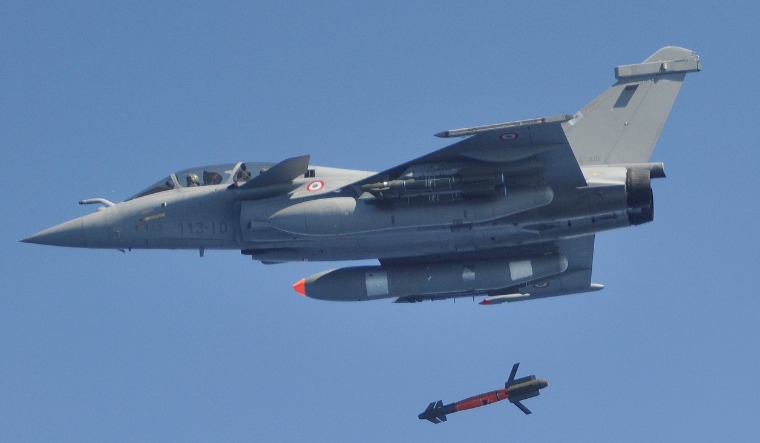 Last year, media reports said India had signed a deal with France to purchase a unique air-to-ground weapon system for the new fleet of Rafale fighters then being inducted into the Indian Air Force.

The weapon system was known as the AASM (Armement Air-Sol Modulaire) HAMMER (Highly Agile Modular Munition Extended Range). While the French military use the AASM name for the weapon, the HAMMER designation has been used for export customers.

On Tuesday, ANI reported that the Indian Air Force was integrating the HAMMER on the indigenous Tejas fighter.

What does HAMMER offer?

The HAMMER is unique in the sense it combines features of both a missile and a glide bomb. Like the Israeli-supplied SPICE smart bombs that the Indian Air Force used in the Balakot attack in 2019, the HAMMER is actually an add-on kit to an existing 'gravity' bomb.

The HAMMER is a modular weapon, which can be equipped with a variety of guidance modes such as satellite guidance, infrared seeker and laser. According to Safran, the weapon’s manufacturer, the HAMMER can be fired at ranges of anywhere between 20km and 70km, enabling the launch aircraft to stay out of range of enemy air defences.

ANI reported that the Indian Air Force had placed orders for the HAMMER and was integrating it on the Tejas. ANI quoted government sources as saying the HAMMER will “significantly enhance its [Indian Air Force's] capability to take out hardened targets from stand-off distances”. The report said “The HAMMERs would give India the capability to take out any bunkers or hardened shelters in any type of terrain including mountainous locations such as eastern Ladakh”.

The fact that it is propelled allows the HAMMER to be used at low altitudes or in hilly terrain, unlike normal bombs that are un-propelled.

On offer to India for over a decade?

The HAMMER entered service in the French Air Force and Navy in 2008 and was used in Afghanistan that year. The French military has repeatedly highlighted its performance in missions over Libya in 2011 and later in Mali.

Safran has also exhibited a launcher for the AASM HAMMER that can be used on the C-130 Hercules transport aircraft, which would boost the aircraft's utility in special forces’ operations.