PM Modi to meet Pope Francis in the Vatican 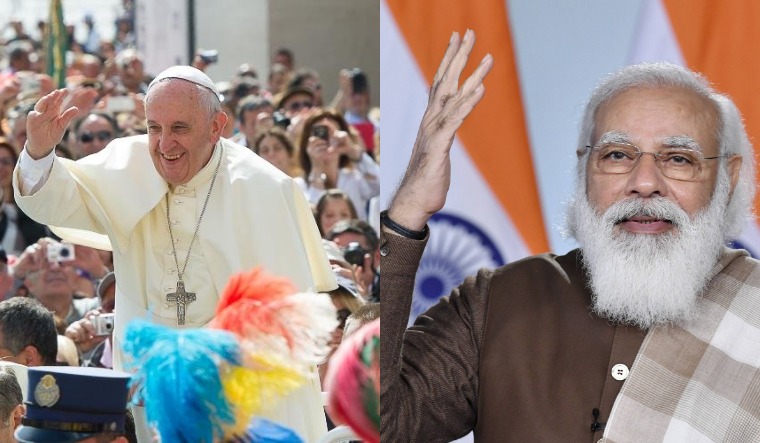 Prime Minister Narendra Modi will meet Pope Francis at 8.30am on October 30 in Vatican, said the Kerala Catholic Bishop Council. The external affairs ministry, however, is yet to confirm it officially.

Modi will be the fifth Indian prime minister to meet the Pope. Interestingly, the last Indian PM who met the Pope - Pope John Paul II- was also from the BJP - Atal Bijari Vajpayee. The other Pms being Jawaharlal Nehru, Indira Gandhi and I.K. Gujral.

The meeting between Modi and the Pope is politically significant. The RSS had vehemently opposed Pope John Paul II during his last visit to India where he released the church document Ecclesia In Asia. The RSS had alleged that it would trigger mass conversions in India.

But, in the changed political scneario, the BJP is quite eager to win over the Christian community in states where it matters, like Goa, Kerala and the northeast. The saffron party has tasted some success so far and the proposed visit is expected to cement it further.

A possible trip by Pope Francis to India has been rumoured on several occasions in recent years but it never happened. So far, two pontiffs have travelled to India: Paul VI in 1964 and John Paul II in 1986 and 1999. Pope Francis received an official Indian delegation in September 2016 for the canonisation of Mother Teresa. External Affairs Minister Sushma Swaraj had represented the Indian government then.

The Indian Catholic Church has called the meeting between the two leaders “historic”.

“The meeting between the Pope and our PM Narendra Modi will bring in new energy and warmth into the relationship between the two countries,'' said George Cardinal Alenchery.

Modi will be travelling to Rome and Glasgow from October 29 to November 2 to attend the 16th G-20 Summit and the World Leaders' Summit of COP26 respectively, the MEA has said.