Kannada language being mandatory for undergraduate courses has sparked controversy 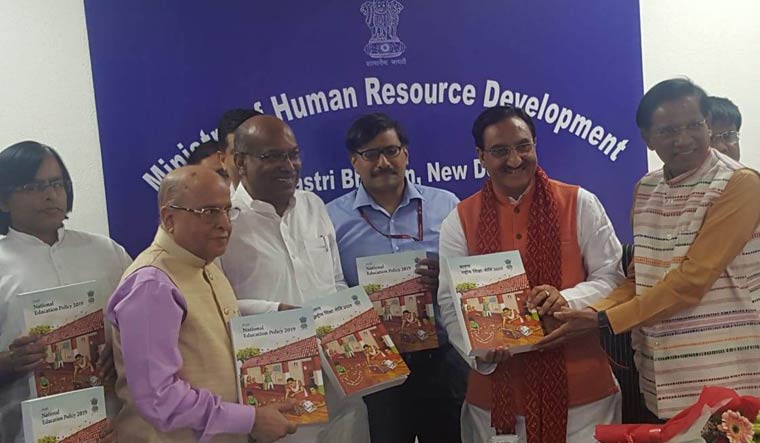 The National Education Policy 2020 has got mixed response in Karnataka, the first state in the country to implement it. The highlights of NEP include opportunities to study in a multi-disciplinary environment and multiple-entry and exit for students. There are growing concerns that the multiple entry-exit systems could lead to higher dropout rates. However, Rishikesh B.S, an associate professor at Azim Premji University says, those fears are largely unfounded. “People who make such statements are in their ivory tower and probably are clueless of the ground reality wherein students drop-out after a year or more and can never enrol back because of lack of mid-entry into a program. NEP sets that right by providing that opportunity,’’ he says.

In higher education, there has to be a lot of self-motivation, says Rishikesh. “There are people who think that parents should push their children to finish their education even at this level and if they don’t, then the structure has to do that by forcing them to stay in a program. It is regressive thinking. Education cannot be forced this way. But, since we currently do exactly this, we have so many students coming out of our higher education system without the required knowledge and the skill sets". The new system is going to help a lot of students who leave in-between for any personal reason, to come back and finish their education, says Rishikesh. “NEP allows a student doing her undergraduate degree to even take a break and actually go and work. That experience would be immensely helpful when she comes back and continues her education which is an enriching way of studying at the higher education level’’, he adds.


Kannada language being mandatory for all undergraduate courses has sparked controversy. Moreover, students of history have to learn four papers on Karnataka history in the first two semesters. “A large chunk of our students are from Kerala, Tamil Nadu and North East. For them studying Karnataka history is a pointless exercise,’’ said an academician on condition of anonymity.

NEP is being implemented with haste, said an assistant professor working in a private college in Bengaluru. “We are left with very little time and few resources,’’ she said. “Also, there is so much disagreement between private colleges, Bengaluru University and the government,” she added.

Meanwhile, Dr C. N. Ashwath Narayan, minister for Higher Education, science and technology, IT BT, skill development and livelihood said Karnataka has made enough preparations to implement NEP from this academic year. The Karnataka State Government well before the NEP report was accepted, had constituted a Task Force on March 04, 2020. “The Task Force Sub-Committee had suggested a broad curriculum framework. Virtual meetings have been conducted on this and we interacted with all the Vice-Chancellors and senior faculty of the Universities and Colleges. Eight faculty-wise committees had been constituted to give shape to the model curriculum framework faculty-wise, based on which model General Programme Structures have been formulated, in consultation with all the Vice-Chancellors and experts. Then about 40 subjects-wise expert committees were constituted involving the faculty from all the universities and representatives of Autonomous and Affiliated Colleges in the state. These committees, in consultation with the Chairpersons of the respective Boards of Studies in their subjects, from all the universities, have worked out the Curriculum Framework in their subjects and designed and drafted the curriculum contents of their subjects. The same has been passed on to all the universities and Autonomous Colleges to adopt them with suitable modifications to suit their requirements. All the universities have either approved the same or are in the process of accepting them with suitable modifications.’’

Even as the government claims all is well, the ground realities seem different.