PM Modi slams those with 'selective interpretation' of human rights 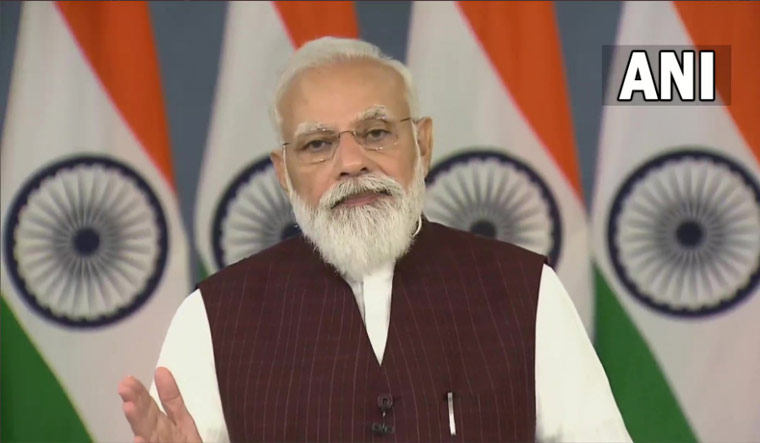 Prime Minister Narendra Modi on Tuesday attacked critics who engage in “selective interpretation” of human rights and look at its violation “with an eye on political loss and gains”, saying such conduct is harmful to these rights as well as to democracy.

Speaking at the 28th foundation day of the National Human Rights Commission (NHRC), Modi said similar incidents are seen differently by some people as they describe human rights keeping their own interests in mind.

“Some people see human rights violations in some incidents but not in other similar incidents. Human rights are violated when viewed via political spectacles. Selective behaviour is harmful to democracy. They attempt to harm the nation's image through selective behaviour,” he said.

Modi's comments come at a time when the BJP is facing the heat over the UP government's handling of the death of four farmers who were peacefully protesting in Lakhimpur Kheri.

Opposition parties had launched protests against what they called the denial of basic human rights to farmers. Following this, several BJP ministers hit back at the government's critics, saying that there were human rights violations in even Congress-ruled states.

“Some even try to dent the country's image in the name of human rights violation, and people should beware of them,” said Modi.

Though Modi did not name any person or organisation, the ruling BJP has been critical of many human rights groups, including those with a global presence, for allegedly highlighting cases of human rights violations in a one-sided manner to target the government.

In his speech, the prime minister cited a number of measures taken by his government to deliver basic needs like toilets, cooking gas, electricity and homes to the poor and said these give rise to their aspirations and make them more aware of their rights.

Later, Home Minister Amit Shah backed the prime minister, saying that the Modi government has been doing welfare work for the poor and deprived sections since it was voted to power in 2014.

“Prime Minister Narendra Modi's government has been relentlessly working for the welfare of poor, backwards and deprived sections of society, thereby protecting their human rights,” he said.

The NHRC was set up under the Protection of Human Rights Act, 1993, on October 12, 1993, for the promotion and protection of human rights.

The NHRC takes cognisance of human rights violations, conducts enquiries and recommends compensation to victims from public authorities besides other remedial and legal measures against the erring public servants.