On Monday, Swamy appeared to refer to remarks by Modi no one entered Indian territory 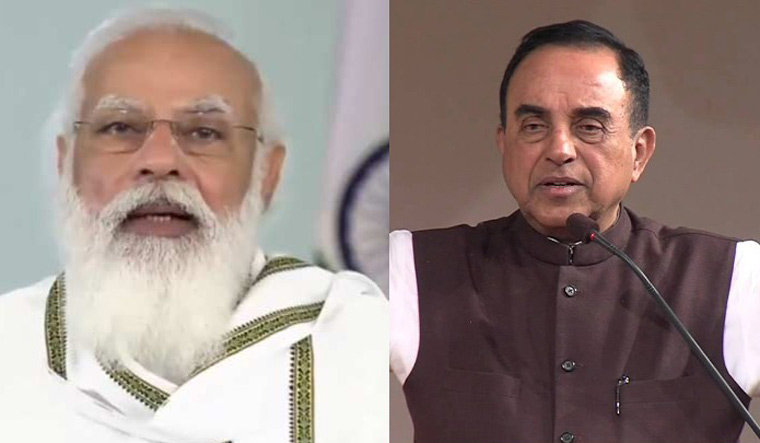 BJP Rajya Sabha MP Subramanian Swamy had harsh words for the Narendra Modi government on Monday over the failure of talks on the Ladakh situation.

Swamy has been a rare voice of criticism of the Modi government's policy on the Ladakh standoff inside the BJP. He has repeatedly accused the Modi government of not being transparent about the scale of the Chinese incursions into Ladakh.

On Monday, Swamy appeared to refer to remarks by Modi at an all-party meeting in June last year in which the prime minister claimed no one had entered Indian territory.

Swamy tweeted on Monday, "Why talk when nobody has come? After 18 one to one meetings and 5 visits of Modi to China all which came to zilch, still we crave for Chinese reasonableness? Tyrants behave meekly before the strong, and rudely with the weak."

When asked by a Twitter user on what his agenda was by apparently criticising the government, Swamy replied, "My agenda is protect the nation from frauds and confidence tricksters."

In addition to the situation in Ladakh, Swamy has been critical of the Modi government's policy on Afghanistan, its economic measures and handling of the farmers' protests over the past year. Swamy has also criticised members of the prime minister's office and some BJP functionaries such as Amit Malviya for allegedly setting trolls against him on social media.

Swamy was dropped from the BJP National Executive last week, triggering speculation on his relationship with the BJP top brass being frayed.