India makes quarantine must for UK visitors, in reciprocal measure 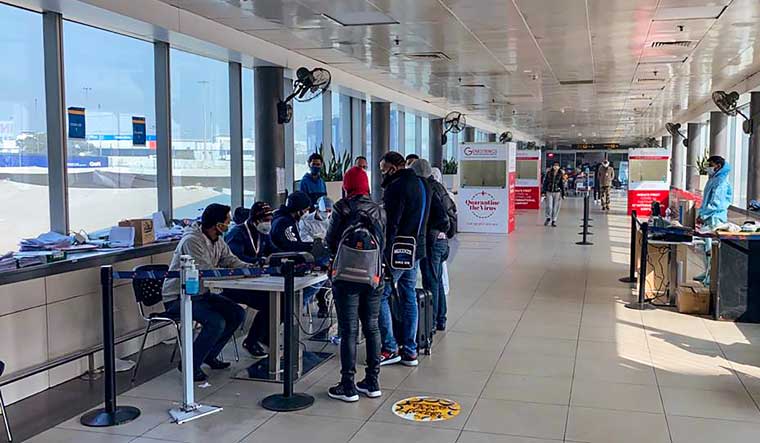 The gloves are off. India has decided to impose reciprocity on UK nationals arriving in India from the UK with regard to restrictions on travel regardless of COVID-19 vaccination status.

In a tit-for-tat move, India has decided not to recognise any vaccinations conducted in the UK. The new regulations, effective from October 4, will mean that UK nationals arriving in India from the UK, irrespective of their vaccination status, will face the same restrictions as if they were unvaccinated. They will have to observe the following measures:

According to government sources, officials from both the health and civil aviation ministries will monitor these travellers and implement the new measures.

The UK recently announced that it would not recognise India-administered vaccinations and required all Indians travelling to the UK to undergo a mandatory quarantine period irrespective of their vaccination status. This, despite Covishield being manufactured in partnership with the University of Oxford and the pharmaceutical firm AstraZeneca.

According to the UK high commisioner to India, Alex Ellis, it was not the vaccine but the CoWIN certificate which was the issue. NITI Aayog CEO Amitabh Kant, in turn, said CoWIN was a robust vaccine delivery platform. “It generates digital vaccine certificates in real time. Certificates are verifiable & linked to a persons Aadhar card. Entire process is seamless, digital & verifiable. Way ahead of UK,” he tweeted.

India has also promoted CoWIN in other countries.

India has long demanded that all vaccines administered through this platform be accepted by partner countries. Many EU countries have accepted the Covishield vaccine as a valid proof of immunity. Covaxin, however, has not yet received WHO emergency use approval and is recognised by few countries.

While India and the UK were still negotiating the matter, foreign secretary Harsh Vardhan Shringla had earlier warned that India could invoke a reciprocity clause.

Just a day ago, Australia announced that it would recognise Covishield—which is made using the same formulation of the AstraZeneca vaccine being manufactured in the country.

The UK’s measures against India come as the latter announces the restart of its “Vaccine Maitri” humanitarian initiative in October. Under this initiative, India supplied over 6.6 crore doses to other countries.