Congress in 'wait and watch' mode over Sidhu's surprise resignation

AICC general secretary Venugopal says ''everything will be okay'' 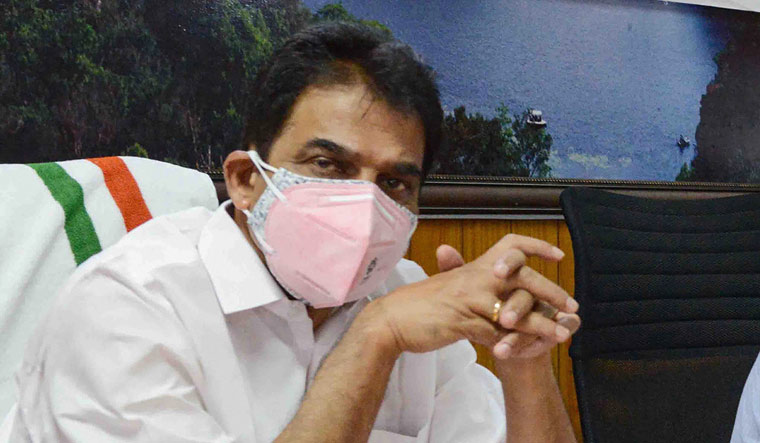 The Congress leadership was in a "wait and watch" mode after the sudden resignation of Navjot Singh Sidhu as Punjab Congress chief on Tuesday.

Sources said Sidhu''s resignation has not been received by the party and its leadership will take a call once it reaches them.

Congress leaders did not take any questions on the Punjab affairs of the party, where the leadership changed its PCC chief and the chief minister within the last two months, but AICC general secretary organisation K C Venugopal termed Sidhu''s letter as an "emotional reaction".

"Everything will be okay," Venugopal said when asked about Sidhu''s resignation.

The sources said Congress president Sonia Gandhi has held internal discussions on the issue and that efforts may be made to placate Sidhu.

They added that Congress general secretary Priyanka Gandhi is likely to talk to Sidhu to urge him to take back his resignation.

Navjot Singh Sidhu resigned as the Punjab Pradesh Congress Committee chief, plunging the party into a fresh round of crisis ahead of assembly elections in the state slated early next year.

Hours later, Punjab minister Razia Sultana too put in her papers, expressing solidarity with him.

Sidhu, 57, who announced his resignation shortly after the allocation of portfolios to the members of the new state Cabinet, said he remains with the party.

He was appointed the party''s state unit president on July 18 amid a bitter power tussle with Amarinder Singh, who stepped down as the CM 10 days back while accusing the party high command of humiliating him.

Sidhu didn''t elaborate why he has quit.

Speculation in party circles was rife on the reasons behind the extreme step, with one being his displeasure over the allocation of the home portfolio to Deputy CM Sukhjinder Singh Randhawa and the recent appointments of the acting police chief and the state advocate general by the new CM.

"The collapse of a man''s character stems from the compromise corner, I can never compromise on Punjab''s future and the agenda for the welfare of Punjab," he said in his letter to Sonia Gandhi.

"Therefore, I hereby resign as the president of the Punjab Pradesh Congress Committee. Will continue to serve the Congress," the letter made public on Twitter said.