First introduced 25 years ago, Women's Reservation Bill no closer to being passed 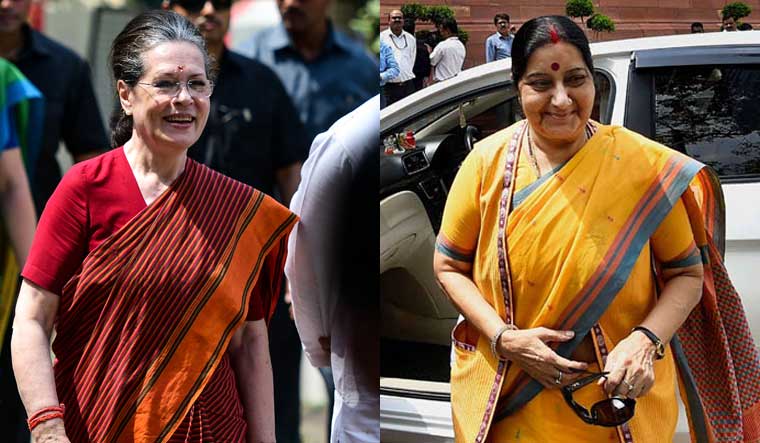 There was a mini-celebration when 78 women got elected to the Lok Sabha in 2019. At 14 per cent of the total strength of the lower house of Parliament, this is the highest percentage so far. However, a wider look at statistics reveals that there is in fact great cause for concern with regard to women's representation in lawmaking in the country.

It was 25 years ago—on September 12, 1996—that a bill seeking to reserve 33 per cent of seats in the Lok Sabha and in the state Assemblies was first brought to Parliament. The proposed legislation could not become a reality despite numerous attempts over the last two-and-half decades even as in recent years the country's global ranking in terms of the proportion of women in the legislatures has gone down.

According to the data of the International Parliamentary Union released in March this year, India's ranking in terms of women's representation in lawmaking is at a low 148, while in 1998, it stood at 95.

Over the last seven decades, India has been left way behind by countries that had fared worse in terms of the number of women in the legislatures. In 1952, when the country had its first Lok Sabha election, around five per cent MPs were women. At that time, there were only two per cent women in the US House of Representatives and three per cent in the UK's Parliament.

At present, the Lok Sabha has 78 women MPs, which is the highest so far at 14 per cent. However, the US and the UK have seen a phenomenal increase in women's representation, at 27.33 per cent and 33.9 per cent, respectively. India got its first woman prime minister, Indira Gandhi, way back in 1966, although it can be argued that it was primarily because of her family name.

According to an estimate, at present, only about nine per cent of the over 4,000 MLAs in India are women, and there is only one woman chief minister.

The statistics bring out the story of women struggling to find representation in lawmaking bodies, and the glass ceiling in politics being very low. The failure of the Indian political system to bring more women into the legislatures has been the basis for a repeated demand for the women's bill to be passed.

If the first attempt to pass the bill was made in 1996, the proposed legislation figured in the parliamentary agenda again in 1998, 1999 and 2008, but with no success. On March 9, 2010, there was great euphoria as the bill was passed in the Rajya Sabha, and Congress president Sonia Gandhi, BJP leader Sushma Swaraj and CPI(M)'s Brinda Karat posed for the cameras outside Parliament, broad smiles on their faces and holding hands in solidarity. However, the Congress-led UPA failed to even initiate the process of passage of the bill in the Lok Sabha.

The current BJP dispensation has a brute majority in the Lok Sabha and an improved number in the Rajya Sabha, prompting its rivals to ask why it has not brought the bill in Parliament despite being in a position to pass it. Like the UPA, the BJP-led NDA regime has cited opposition from regional players like the Samajwadi Party and the Rashtriya Janata Dal to explain the delay. Those opposed to the bill say that only women from political families and affluent backgrounds will benefit from reservation, and some have even demanded a reservation within the proposed quota for women belonging to backward sections of society.

The proposed legislation has always evoked strong sentiments, both for and against. However, as it hangs fire for 25 years, the gender ratio in the country's legislative bodies remains dismal.