A total of 8.76 lakh students had appeared for the exam 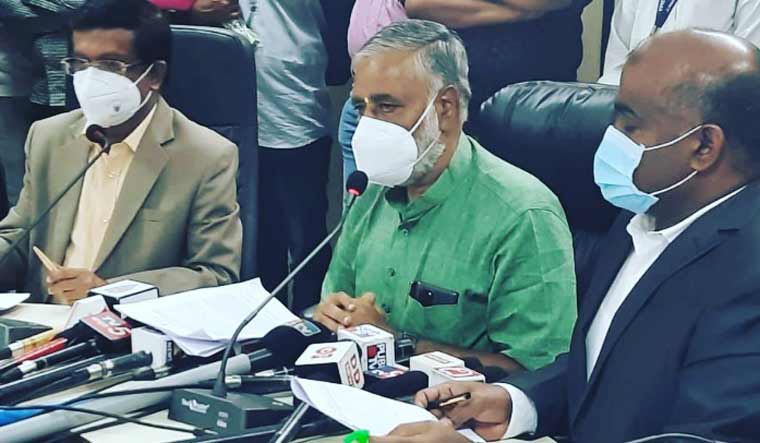 Karnataka government on Monday announced the Secondary School Leaving Certificate (SSLC) examination results. Of the 8.76 lakh students who appeared for the exams conducted by the Karnataka Secondary Education Examination Board (KSEEB), 99.9% students have passed.

While Karnataka is one of the few states to have conducted the SSLC exams amid the pandemic, the exams held on June 19 and 22 was in MCQ format, and had 40 marks allotted to each subject.

Nagesh, who was recently inducted into the Bommai cabinet, thanked former chief minister B. S. Yediyurappa, former education minister S. Suresh Kumar, students, teachers, parents, and all the stake holders for the successful completion of the crucial examination.

"The exam was conducted meticulously while adhering to the standard operating procedures. The model question paper was shared with the students on WhatsApp to acquaint them with the new format," said Nagesh.

Around 5,063 students had opted out of the examination as the government had announced that the  supplementary exam to be held in the third week of September would be considered as first attempt, said KSEEB officials.