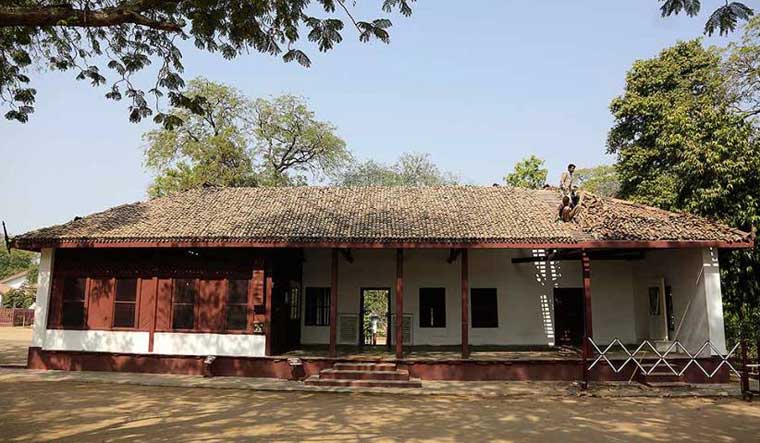 Months after the ball was set rolling to redevelop the Gandhi Ashram of Ahmedabad, popularly known as the Sabarmati Ashram, more than 130 prominent personalities, including Gandhians, have come against the move terming it as “second assassination”.

The Ashram, set up by Mahatma Gandhi, was his and Kasturba’s home for 13 years from 1917 to 1930. It is located on the banks of river Sabarmati, from which the name derives.

The signatories are worried over the alleged move of taking over the Gandhian institutions. They said that the worst example of this can be seen in Sevagram.

While nothing is officially out about the plan, the Rs 1,200 crore project is to be jointly executed by the central government and the state government, with Prime Minister Narendra Modi directly supervising it, sources said.

“We must collectively oppose any government takeover of Gandhian institutions, while ensuring that the government continues to use public money for the proper maintenance and upkeep of such institutions, in consultation with eminent Gandhians, historians and archivists from India and around the world,” the signatories said in a statement.

The redevelopment plan has been prepared by HCP Design, Planning and Management Private Limited, headed by Bimal Patel, which is executing the Central Vista Project.

Even as the authorities attempt to make the Gandhi Ashram “a world class tourist destination”, Gandhians fear that in doing so the simplicity of the place will be lost.

Shah told THE WEEK that the beauty in simplicity and the autonomy are of prime importance and it is necessary to speak up. He feared that the Hriday Kunj and the museum, which were designed by Charles Correa keeping in mind Gandhiji’s simplicity, will go in the backdrop when Disney like structures will come up.

The statement quoted reports as saying that the redevelopment plans are to include an amphitheater, food courts, shops and a new museum.

Citing an example of New Delhi, Shabnam Hashmi said residents of New Delhi were used to see greenery. However, after Modi became the prime minister, people see hoardings all around, she said, adding that this was not the case during the tenure of any of the former prime ministers.

Last month, Ila Bhatt, Gandhian and chairperson of Sabarmati Ashram Preservation and Memorial Trust, was quoted as saying that they had agreed on the condition that the redevelopment should be done in most simple manner. In a letter that was written to the authorities, Bhatt is reported to have said that the sanctity of the Ashram should be kept intact and it should not be treated like a tourist destination.

Sources said that as part of the scheme of things, families staying in the Ashram land will be moved to some other place. They are either being given money or a flat towards their agreeing to move out. Some residents had protested. However, now no voices are being heard.