Explained: The Assam-Mizoram border dispute, which resulted in death of five police officers 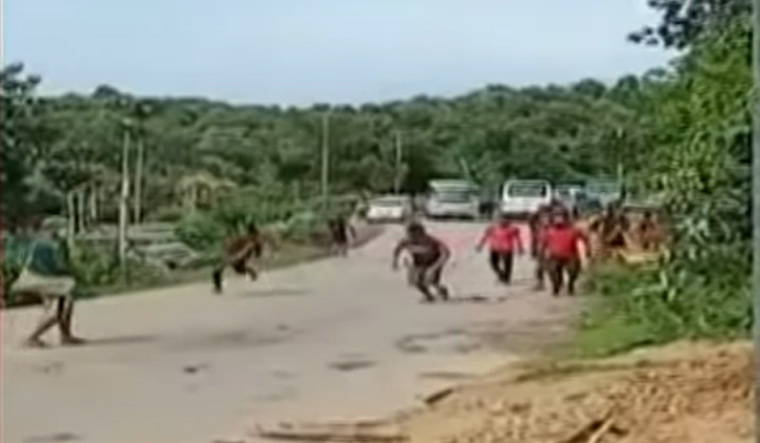 Violence at the Assam-Mizoram border

Five Assam Police officers were reported killed in an incident of border violence with Mizoram, as tensions erupted into full-scale conflict. The situation along the Mizoram-Assam border has been on the boil since June end, when Assam Police allegedly took control over an area known as 'Aitlang hnar', accusing the neighbouring state of encroaching on its territory.

What is the cause for the border violence?

Mizoram shares a 164.6 km border with Assam. The two states are often at loggerheads over the boundary, which they dispute. Assam's Barak Valley districts of Cachar, Karimganj and Hailakandi share a 164 km long border with Mizoram's three districts of Aizawl, Kolasib and Mamit. Mizoram claims a 509-square-miles stretch of the inner-line reserve forest notified in 1875 as the actual boundary; tensions are also sometimes aggravated by what both sides refer to as "illegal cutting of trees".

Volunteers are currently guarding the border to check the movement of the people in the wake of the COVID-19 pandemic.

Several dialogues held since 1995 to resolve the border dispute have yielded little result. Standoffs have taken place near Thinghlun village in Mizoram's Mamit district on the border with Assam's Karimganj, when Assam officials allegedly demolished a farm hut erected on the disputed land.

The most recent high-profile incident came in October 2020, when violence struck Vairengte village in Mizoram, and Lailapur in Assam. Vairengte in Kolasib district is on the northern edges of Mizoram, which the NH-306 links to Lailapur in Cachar district of Assam. According to multiple reports, Vairengte residents mobbed the region after stone-pelting was reported from some Assamese locals. The Vairengte residents set fire to Lailapur bamboo huts and stalls along the road. Kolasib Deputy Commissioner H. Lalthangliana then told The Indian Express: "There is no clear line indicating the Assam-Mizoram border in some areas. According to an agreement between governments of Assam and Mizoram some years ago, status quo should be maintained in no-man’s land in the border area. However, people from Lailapur broke the status quo and allegedly constructed some temporary huts. People from Mizoram side went and set fire to them.”

How is the issue being settled between the two states?

Assam Chief Minister Himanta Biswa Sarma spoke to his Mizoram counterpart Zoramthanga over the ongoing violence at the border and proposed a visit to Aizawl to hammer out the differences. The two chief minister were engaged in a face-off on Twitter as they complained to Union Home Minister Amit Shah, who had held a meeting on the border disputes between the northeastern states at Shillong on Saturday.

Union Home Minister Amit Shah spoke to the chief ministers, and urged them to ensure peace along the disputed border and find an amicable settlement.