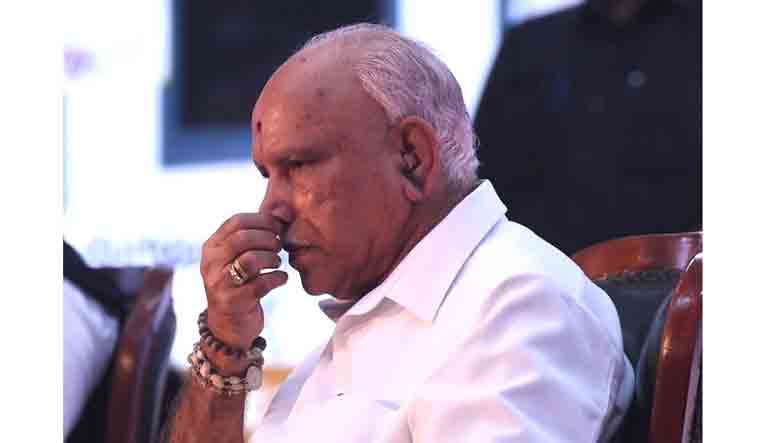 The resignation of Lingayat strongman B.S. Yediyurappa from the chief minister's post has triggered a war of words between the BJP and the Congress. The BJP maintained that Yediyurappa had resigned out of his own will.

"BSY is BJP's Bheeshma. He has called the party his mother. He has strived hard to build the party and has adhered to the party discipline and resigned willingly. The Congress is trying to take undue advantage of the situation," said the BJP, in a series of tweets to counter the Congress leaders.

The state BJP, meanwhile, demanded to know if Surjewala needed to hear the list of aggrieved leaders in the Congress party. "You need to know what happened in Madhya Pradesh and what's happening in Punjab and Rajasthan. And who created G23 leaders, the Gandhi family or the Congress party? Yediyurappa has himself said that there is no dearth of leadership in the BJP and he is resigning to pave the way for new leadership. In Congress, the interim chief of AICC has broken a world record for holding the position for the longest period. Congress should focus on electing its party president first," said the BJP.

Taking strong exception to leader of the opposition Siddaramaiah calling Yediyurappa the "corrupt" chief minister, the BJP alleged that Siddaramaiah was the "most corrupt CM". "Siddaramaiah, who was responsible for the Arkavathy denotification scam and the murders of Hindu activists, is a demon in the human form. The slaves of the Gandhi family have no moral right to give sermons on democracy," said the BJP.

KPCC chief D.K. Shivakumar demanded to know the reason behind Yediyurappa shedding tears before his resignation. "It is a matter of concern because it is not an individual but the chief minister of the state who shed tears. Yediyurappa should clarify as to what has hurt him. Is he pained by the people's suffering due to Covid or because the high command failed to control his party legislators? People have the right to know," said Shivakumar.

In response to the Congress chief's taunt, BJP said, "There is a difference between crying in pain and crying out of happiness. There is nothing to hide. Moreover, it is the Congress trait to make senior leaders cry. You displayed your hunger for power in the past by taking oath as a minister on the day your father had expired."