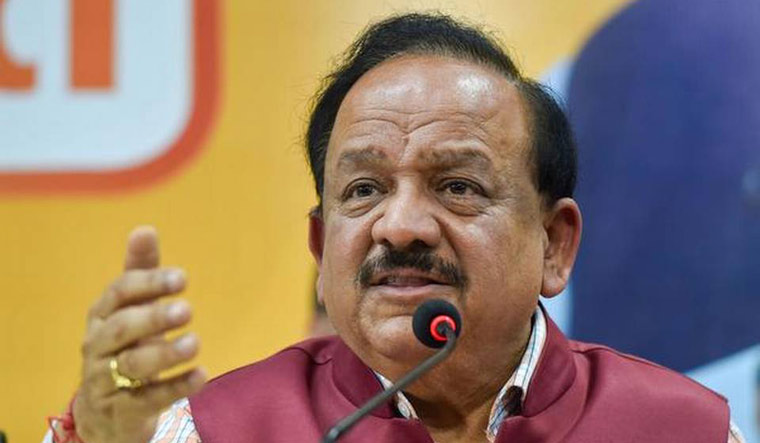 Union Health Minister Dr Harsh Vardhan on Friday went on the offensive against the Congress and Rahul Gandhi even as the opposition party continues to highlight shortcomings in the government's vaccination drive.

Early on Friday, Rahul Gandhi tweeted about vaccine shortages. He wrote, "July has come, vaccine has not come".

Harsh Vardhan responded to Rahul by arguing he had provided "facts" on vaccine availability for July. Harsh Vardhan wrote, "Just yesterday, I put out facts on vaccine availability for the month of July. What is @RahulGandhi Ji’s problem ?Does he not read ? Does he not understand ? There is no vaccine for the virus of arrogance and ignorance !! @INCIndia must think of a leadership overhaul !"

On Thursday, Harsh Vardhan had tweeted that 12 crore vaccine doses would be provided in July. He added supply to private hospitals would be in addition to this figure.

Harsh Vardhan shared an article from Dainik Bhaskar on Friday, which alleged the Rajasthan government had purchased 20,000 oxygen concentrators, of which over a thousand units were found to be overpriced and faulty.

Last month, Hindustan Times reported that the Punjab government had sold 80,000 Covaxin doses from the state quota to private hospitals. Following the report, the opposition Shiromani Akali Dal had accused the Congress government in Punjab of making "profit from the pandemic".