Army jawans, reportedly, fired around 20-25 rounds at the drones 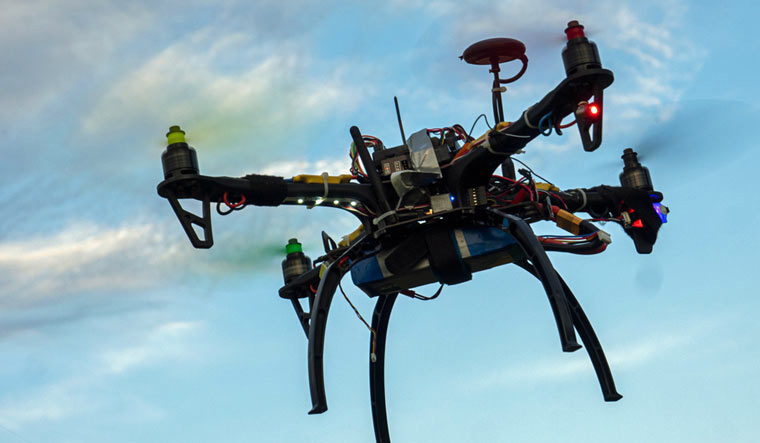 A defence ministry spokesperson announced on Monday that two separate drones were spotted over the Ratnuchak-Kaluchak area in Jammu on the intervening night of Sunday and Monday. The announcement comes a day after India witnessed the first-ever drone attack on its territory, when two small UAVs dropped explosive devices on an Indian Air Force base in Jammu.

Lt Colonel Devender Anand, the PRO of the defence ministry, said, "High alert was sounded and Quick Reaction Teams engaged them with firing. Both the drones flew away. A major threat thwarted by the alertness and proactive approach of troops. Security forces are on high alert and search operation is in progress." A media report claimed the drones were spotted flying in the vicinity of the Kaluchak military station around midnight on Monday.

Times Now reported, "The army jawans fired around 20-25 rounds at the drones before they went into the dark. A large-scale search is still under way inside the Kaluchak military station to locate the two drones from where they came and who are involved in this."