For years, India said border row was one of many issues in relationship with China 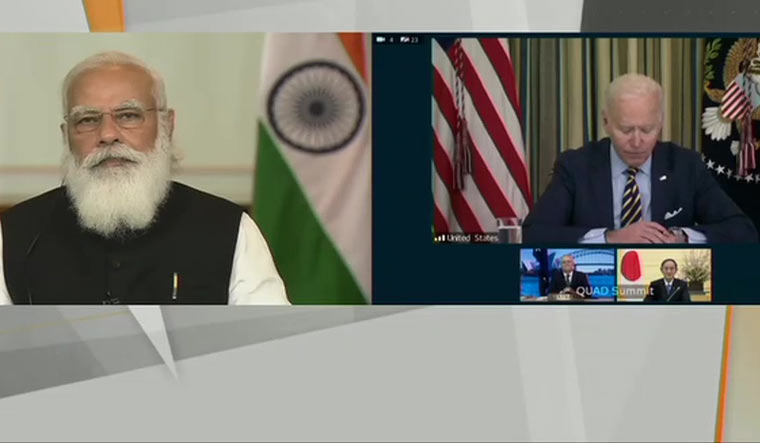 Sometimes, there needs to be a catalyst.

For India, Galwan was the catalyst that helped bring out many foreign policy ‘indecisions’ for review, and shaped India's new approach. It also completely changed the template of engagement with China.

For years, India had maintained that the border issue with China was one of the many issues of the bilateral relationship and had continued to engage with the neighbour in other arenas. Post Galwan, the writing is clear, and underscored, that the border issue is central to ties. Harsh Pant of the Observer Research Foundation notes that External Affairs Minister S. Jaishankar has made this aspect of India's foreign policy very clear over the last few months.

India, for a long time, had been hesitant about making certain choices, which, in a changing world order, were becoming abundantly clear that it should. Teaming up with the western world was one of these. India tried balancing its options, and both China and India thought that giving the chance for a personal rapport to develop between their leaders might help. Thus there was the Wuhan Spirit and Chennai Connect post Doklam. This time, though, there is no such soft diplomacy effort in the offing. Of course, India continues to engage with China and the endless meetings at the military and diplomatic levels, including those between senior ministers, continue. But India is now clear that unless the border issue is resolved, the bilateral cannot proceed.

The most obvious outcome has been India's willingness to have the Quad meeting at the level of heads of governments, although it was an online one. Upgrading Quad meetings to the highest level was only a matter of time, given that after years of meeting at bureaucratic levels, the Quad finally met at foreign ministers' level in New York in September 2019. Galwan made the decision clear for India on the Quad, even though India has been careful in insisting that this is not a military grouping, and has stressed on post-pandemic rebuilding as one of the major thrust areas of the Quad. The Quad development certainly has China worried, notes Pant. “Their bullying of Bangladesh to keep away from the Quad shows their worry,” he emphasised.

The timing of the Galwan clash was certainly not in China's favour, happening right at a time when the world was grappling with the pandemic and blaming its origin and poor handling on China. Global sympathies, thus, were staunchly with India, even if the support was rhetorical.

Given the vast differential in the economic relationship between the two countries, it hasn't been easy for India to punch above its weight. But the clash clearly pointed out that even for the minimal impact on China that cutting our trade links can manage, India has to either be self-reliant or look at other supply chains. For it came as a shock to the country to realise that its drug diplomacy hinged on procurement of active pharmaceutical ingredients from China! Of course, India hasn't been able to wean itself off China, and might not do so in the foreseeable future, but the very fact that it is looking at alternative supply routes with Japan and Australia means that India is now an active part of the efforts to stem Chinese monopoly.

The G7's initiative of the ‘Build Back Better World Partnership’ minces no words in stating it is to provide strategic competition to China and help build infrastructure in low- and middle-income countries. For a long while, India has been careful to avoid annoying China on its Belt and Road Initiative (BRI) and presented the China Pakistan Economic Corridor (CPEC), which passes through Pakistan-occupied Kashmir and therefore impinges on India's sovereignty, as the reason for being against the BRI. Now, there are alternatives being discussed, and the west is keen to have India aligned with these partnerships. India will not have to worry about balancing with China when it decides to join such initiatives now.