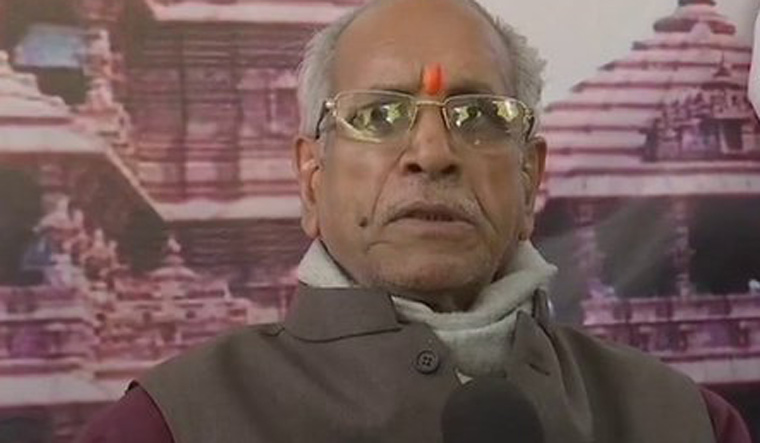 Two days after leaders of the Samajwadi Party and Aam Aadmi Party alleged irregularities in the purchase of land for the Ram Mandir in Ayodhya, the issue is refusing to die down. However, groups affiliated to the Sangh Parivar are hitting back at the allegations.

Rai was quoted by ANI as saying, "Cost of this land, compared to its area, is Rs 1,423 per sq feet, which is less than market value. To avoid any misuse of government taxes, we decided on net banking transactions. (Land scam) allegations are misleading."

Rai added, "Those who put allegations didn't bother to discuss with us. After deciding on the owner's right, we got the land contract made. Allegations are misleading, and people should not fall for them. They should cooperate in the timely completion of the temple."

Hours after the SP and AAP alleged the land for the Ram Mandir was brought at an inflated price, Rai had issued a statement on Sunday. Rai said, "Some political leaders are misleading people. It is meant to mislead society, the people concerned are political and hence motivated by political hatred."

Rai claimed that land prices in Ayodhya had increased after the Supreme Court ruling in the Ayodhya case in November 2019.

"After the Supreme Court's decision on Shri Ram Janmabhoomi on November 9, 2019, innumerable people from across the country started coming to Ayodhya to buy land. Land prices have increased. The plot on which newspaper discussion is being conducted is a very prominent place near the railway station. The land that Shri Ram Janmabhoomi Teerth Kshetra has purchased so far has been bought at a price much less than the open market price," Rai was quoted as saying by Hindustan Times.