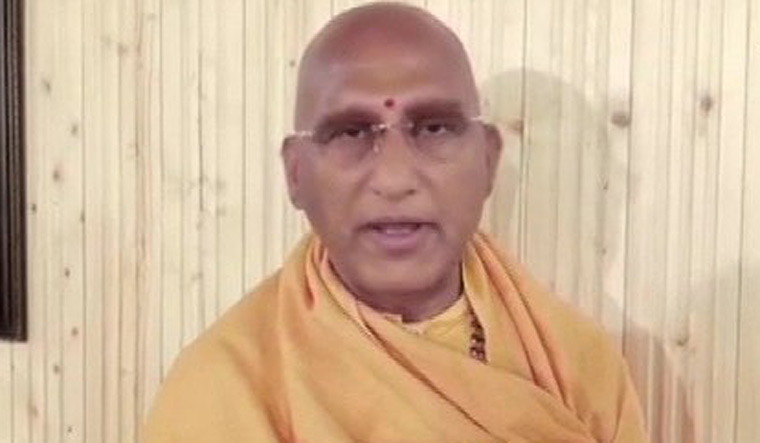 Refuting allegations of corruption in purchase of land in Ayodhya for the construction of Ram temple, Swami Avdheshanand Giri of Juna Akhara called it a "misinformation campaign is driven by selfish motives."

According to news agency ANI, Avdheshanand said construction of Ram temple and activities related to it are authentic and transparent. "Attempts to malign this divine movement are unfortunate. It appears that this misinformation campaign is driven by selfish motives," he was quoted as saying.

The Samajwadi Party, the Aam Aadmi Party and the Congress have alleged that the Shri Ram Janmabhoomi Teerth Kshetra Trust has purchased land worth Rs 2 crore at an inflated price of Rs 18.5 crore.

The Congress has also said the chief justice and the Supreme Court must take cognisance of the matter and order a court-monitored probe into the charges. The apex court should also carry out a probe on the assessment value of all land purchased by the trust from donations and make it public in the traditions of idealism of Lord Ram, the party demanded.