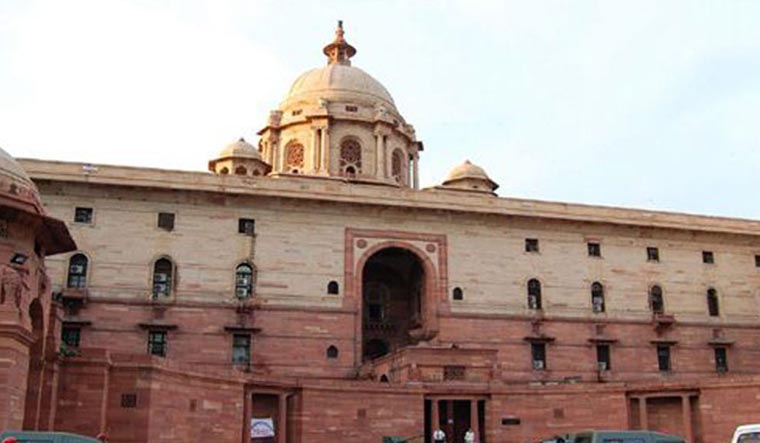 The Centre on Monday told the Supreme Court that it's notification inviting non-Muslims residing in 13 districts in Gujarat, Rajasthan, Chhattisgarh, Haryana and Punjab to apply for Indian citizenship does not relate to the Citizenship (Amendment) Act, 2019 (CAA) and is a mere delegation of power vested with the Central Government to local authorities.

The Ministry of Home Affairs (MHA) said that similar delegation of power has been permitted by Central Government in 2004, 2005, 206, 2016 and 2018 also and no relaxation whatsoever has been made in respect of the eligibility criteria between different foreign nationals which are laid down in the Citizenship Act, 1955 and rules made thereunder.

"It is submitted that the notification dated May 28, 2021 does not relate to the CAA which has been inserted into the Act as section 6B," the MHA said in affidavit and added that it seeks to merely delegate the power of the Central Government to the local authorities in particular cases.

The affidavit said it is "about extending the delegation of power to grant citizenship to collectors of more districts and Home Secretaries of more Sates.

The said notification does not provide for any relaxations to the foreigners and applies only to foreigner who have entered the country legally as the Central Government used its authority under Section 16 of the Citizenship Act and delegated its powers to grant citizenship by Registration or Naturalisation to District Collectors, the MHA said.

The affidavit filed in response to a plea filed by Indian Union Muslim League (IUML) , said that the notification is merely an administrative delegation of power without any specific classification or relaxation.

The MHA submitted that the notification dated May 28, 2021 is merely a process of decentralisation of decision making aimed at speedy disposal of the citizenship applications of such foreigners as the decision will now be taken at the District or State level itself after examining each case.

It is submitted that no relaxation whatsoever has been made in respect of the eligibility criteria between different foreign nationals which are laid down in the Citizenship Act, 1955 and rules made thereunder. Hence, the question of violation of Article 14 in making the certain classification does not arise, it said.

It further submitted the existing law and procedure for acquiring citizenship of India is in no way sought to be amended through the impugned notification.

It is submitted that any foreigner of any faith can apply for citizenship of India at any time. The Central Government shall decide that application as per law and rules.

It is submitted that the delegation of power vide notification dated May 28, 2021 is in respect of those foreign applicants who fulfil the eligibility criteria and who are in possession of valid documents like passports and Indian visa, the affidavit said adding that similar notifications has been issued earlier also.

The present notification is similar to above notifications which have been already brought out by this Ministry in the counter affidavit which is available with the petitioner since March 2020, it said.

The IUML had on June 1 moved the top court challenging the Centre''s notification inviting non-Muslims belonging to Afghanistan, Bangladesh and Pakistan and residing in 13 districts in Gujarat, Rajasthan, Chhattisgarh, Haryana and Punjab to apply for Indian citizenship.

The application argued that the Centre is trying to circumvent the assurance given to the apex court in this regard in the pending petition filed by the IUML challenging the constitutional validity of the provisions of the CAA.

The CAA grants Indian citizenship to non-Muslim minorities  Hindu, Sikh, Buddhist, Jain, Parsi and Christian  who migrated to India from Afghanistan, Pakistan and Bangladesh till December 31, 2014, following persecution over their faith.

The plea said the Union home ministry ssued a notification to this effect for immediate implementation of the order under the Citizenship Act 1955 and Rules framed under the law in 2009 even though the rules under the CAA enacted in 2019 are yet to be framed by the MHA is manifestly illegal and runs counter to the provisions of the Act.

However, the respondent Union, in a roundabout way, and in an attempt to circumvent the assurance given to this court, have sought to implement their malafide designs envisaged under the Amendment Act through the recently issued order dated May 28, the plea said.

IUML submitted that if the Centre's notification is implemented and citizenship is given to persons on the basis of their religion, and, thereafter, if this court strikes down the Amendment Act and Rules, whereby the act of providing citizenship on the basis of religion is declared void, Then, to pursuant to the present order, will be a herculean task and would be near impossible to implement. In the event the said exercise is conducted, it would render the entire batch of writ petitions (challenging CAA) as infructuous, the plea said.