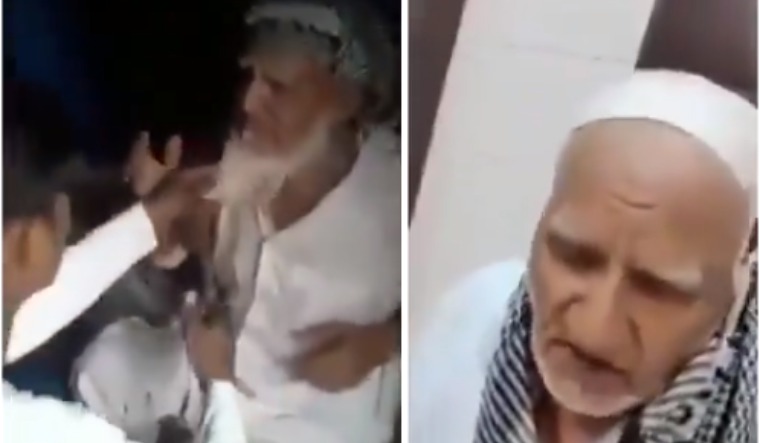 An elderly Muslim man was assaulted by at least three men in Ghaziabad, bordering Delhi, on June 5 and forced to chant 'Jai Shri Ram' and 'Vande Mataram'. A video of the incident went viral recently. The Ghaziabad Police said on Monday one person had been arrested in connection with the incident.

NDTV reported that the victim, Abdul Samad, was on his way to a mosque for prayers when he was accosted by the attackers. NDTV reported the attackers "dragged him to a hut in a nearby forested area, where they reportedly shouted 'Jai Shri Ram' and 'Vande Mataram', which they forced him to shout as well, as they punched and beat him with wooden sticks". The duo accused Samad of being a Pakistani spy and one of the attackers threatened him with a knife that was then used to cut his beard. Some social media handles said five people were involved in the incident.

Samad claimed the attackers showed him a video of other Muslims being attacked and boasted they had killed Muslims before. A video of Samad recollecting the ordeal was released later.

NDTV reported that one Pravesh Gujjar, said to be the main accused, was arrested.

Actress Amyra Dastur tweeted about the incident, demanding action. She tweeted, "This is a Senior man. @Uppolice please for gods sake catch these goons and give the old man justice. #race does not define us. This is gundagiri and it needs to stop!  5 men against an elderly man. Shame!"