Lakshadweep: Why island residents are trending #SaveLakshadweep on social media

Actor Prithviraj, footballer C.K. Vineeth have voiced their support for the island 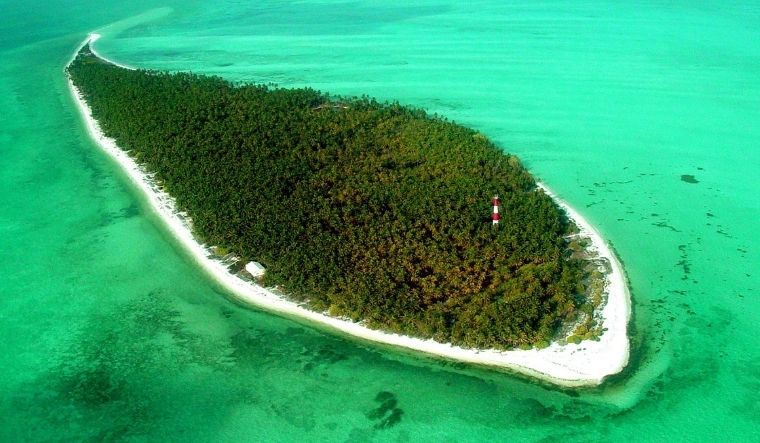 Lakshadweep, known for its crystal blue waters and lagoons, is seeking national attention for a political reason. The largely peace-loving residents of the archipelago off the southwestern coast of India are desperately campaigning against the sweeping administrative reforms being imposed in the island territory in the name of development. The island residents are virtually protesting against Praful Koda Bhai Patel, who has brought in a slew of “unilateral, anti-people” administrative changes ever since he assumed charge as the Lakshadweep administrator on December 5, 2020.

The #SaveLakshadweep campaign on Monday gained national attention as the likes of actor Prithviraj Sukumaran and footballer C.K. Vineeth took to social media platforms to voice their support for the islanders' concerns.

Does anyone really know about everything that's going on in Lakshadweep now? The little island off the coast is one of the most beautiful places I have been to, but administrative injustices have served the citizens a taste of bad fortune. A thread. #SaveLakshadweep pic.twitter.com/nXwE1zZdLy

On Sunday, former Congress legislator from Kerala, V.T. Balram, in a detailed Facebook post warned that the administrator of the Union Territory (the equivalent of governor of a state) is trying to transform "Lakshadweep into another Kashmir". Echoing similar concerns, Kerala Rajya Sabha MP Elamaram Kareem wrote to President Ram Nath Kovind, requesting him to urgently call back Patel accusing the latter of destroying the traditional life and culture of the island.

The natives allege that Patel was imposing "draconian" legislation in the island in direct violation of their rights. The festering opposition to Patel's policies gathered more voice with the notification of the Draft Lakshadweep Development Authority Regulation, 2021 (LDAR 2021).

The Draft Lakshadweep Development Authority Regulation, 2021 (LDAR 2021), notified on the administration's website, proposes to change the existing land ownership and usage in Lakshadweep by giving sweeping, arbitrary, unchecked powers to the government (and all its bodies) to directly interfere with an islander’s right to possess and retain their property. It empowers the government to pick any land for “development” activities provided under its regulation. Once picked, the land can be used as per the government sees fit, i.e., with no regards for the owner of the land. It will be land needed for a "public purpose". The draft report raises concerns as it refers to “development” as activities including "building, engineering, mining, quarrying or other operations in, on, over or under, land, the cutting of a hill or any portion or the making of any material change in any building or land, or in the use of any building or land, and includes sub-division of any land."

It also adds that "a development plan shall not, either before or after it has been approved, be questioned in any manner, in any legal proceedings whatsoever".

The proposed developmental activities at such scale also threatens the fragile ecosystem of the coral islands. "This draft takes India back decades in meaningful lands rights activism for the marginalised through its disenfranchisement," Let India Breathe posted on its Twitter handle requesting to revoke the draft proposals.

The last date to submit comments and suggestions on LDAR 2021 is May 31.

COVID surge and relaxation of protocols

At the same time, LDAR is not the only concern that has invited widespread resistance from the residents of Lakshadweep. Patel, who was the former home minister of Gujarat when Narendra Modi was the chief minister, has also been accused of diluting the standard operating procedure (SOP) which was in force on the island for preventing the spread of the pandemic.

The old SOP required passengers to be quarantined for seven days in guesthouses run by the UT administration in Kochi, and also in two hotels taken there for the purpose, before they took an RT-PCR test. After arriving in Agatti also, they had to undergo another 14-day quarantine. However, soon after he assumed charge in December last year, Patel did away with the quarantine period both in “mainland” India as well as in Lakshadweep. According to the new guidelines, all that one needed to enter the UT was a negative RT-PCR report from an ICMR-approved laboratory.

The island territory, which was devoid of COVID cases until mid-January this year, has about 6,000 cases now with a test positivity rate of above 40 per cent.

Another controversy is around the proposed ban under the Draft Lakshadweep Panchayat Regulation, 2021 for individuals to contest panchayat polls if a resident has more than two kids. "No person shall be a member of a Gram Panchayat or continue as such who... has more than two children," the draft rule reads. "This bizarre formulation in the draft Lakshadweep Panchayat Regulation 2021 should give a hint about the heights of Praful Patel's mal-administration," SFI president V.P. Sanu posted on Twitter.

The administrator has also been accused of trying to interfere in the traditional life of the people of Lakshadweep by the proposed "animal preservation" rules that seek to ban slaughter, transportation, selling or buying of beef products. The introduction of a Goonda Act in the island that has close to nil crime rate and revoking of restrictions on alcohol in the name of tourism also have attracted criticism from the islanders.

Elamaram Kareem, in his letter to the President, has pointed out that hundreds of casual and contract labourers  working under different departments have lost their jobs under changing rules in the island. "Further, the sheds where fishermen used to keep their nets and other equipment were demolished by the new administration on the grounds that they violated the Coast Guard Act. The temporary buildings, which were earlier constructed under an exemption given only to fishermen by the administration, are now being demolished without any warning," he charged. "Administration has also decided that islanders should no longer depend on Beypore (Kerala) for freight transit. Instead, they should depend on Mangalore (Karnataka) for this purpose," he said.

Lakshadweep MP Mohammed Faizal alleged that the administrator was coming out with "anti-people" draft notifications at a time when the people were not in a position to even react to it because of the prevailing COVID-19 situation in the islands. He urged President Kovind, Prime Minister Narendra Modi and Home Minister Amit Shah to appoint a permanent administrator. "We need a permanent administrator who should be people friendly and any development activities should be within the ambit of the integrated island management plan that is being framed with the guidance of the Supreme Court," he said.

However, the BJP, defending Patel, claimed that the protests were a result of his efforts to end prevalent "corrupt practices" involving local politicians and usher in development there.

BJP national vice president A.P. Abdullakutty, the party's prabhari in Lakshadweep, alleged that the opposition MPs were protesting as Patel took certain steps to end the "corrupt practices" of politicians in the islands. Claiming that the local people were happy with the administration, he alleged that an atmosphere of tension has been created through the media and social media by certain fundamentalist groups operating from Kerala. "Unfortunately, these MPs are playing to the tunes of such outfits without realising the truth," Abdullakutty said.