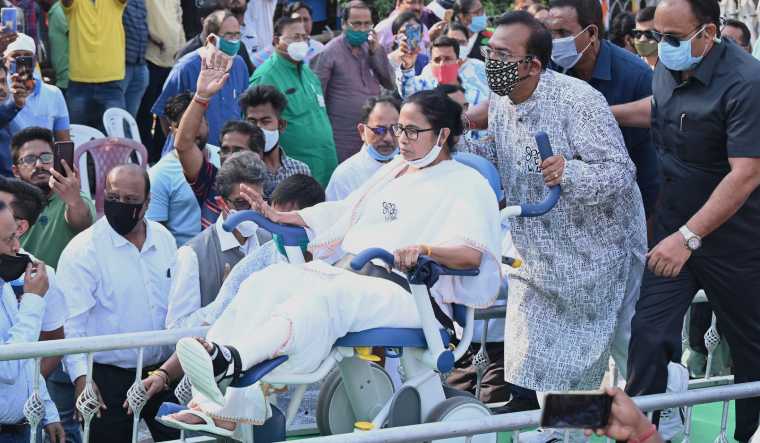 Poll pundit Prashant Kishor has been basking in the glory of victories in the recently held Assembly elections in West Bengal and Tamil Nadu, where he was involved in the election strategy of the Trinamool Congress and the DMK, respectively. Interestingly, a relatively unknown firm founded by his former colleagues has made a mark in the exit poll industry, accurately predicting the winners in the last five state elections.

Politique Marquer (P-MARQ)—a consumer and research technology start-up founded by Animesh Pandey and Abbin Theepura, former colleagues of Kishor—was one of the few polling agencies to accurately predict the winner in all four states that went to polls recently: West Bengal, Tamil Nadu, Kerala and Assam. Pandey and Theepura had spent many years at Kishor's organisation, I-PAC, before starting out on their own. They had been bang-on in last year's Assembly election in Bihar too, where their consultancy had predicted that the BJP-JD(U) alliance was winning, even as most exit polls had claimed that the opposition alliance led by the RJD had an advantage.

According to Pandey, the co-founder of P-MARQ, most pollsters got it wrong in West Bengal, which was an arithmetically difficult state for the BJP and where women voters held the key.

“Once we figured that women were tilting towards the TMC, it was easy to predict. Another disadvantage for the BJP was that there was no core ideological or Hindutva vote bank in Bengal. The 38 per cent vote that the BJP garnered was on account of anti-incumbency,” said Pandey, who is an IIM graduate and has worked as an investment banker and adviser to venture capital firms.

Theepura said the experience of having worked on the ground in political campaigns, which involved understanding voter sentiments and preferences and designing election strategy, is what differentiates P-MARQ from other pollsters who have a limited experience of engagement via opinion and exit polls. “This 360 degree understanding of a political and election campaign differentiates us from other pollsters,” he said.

According to Theepura, the organisation has brought together a team of IITians and data scientists that puts a lot of focus on artificial intelligence and machine learning to understand the data they collect and use it to make an accurate prediction.

Pandey said that for the start-up, election predictions is only the first step, and it would want to be a 360 degree consumer research and technology firm that can predict consumer choices in what they would like to buy, eat and wear besides whom they want to vote for.