The duo blocked COVID-19 beds in the names of asymptomatic patients, sold them later 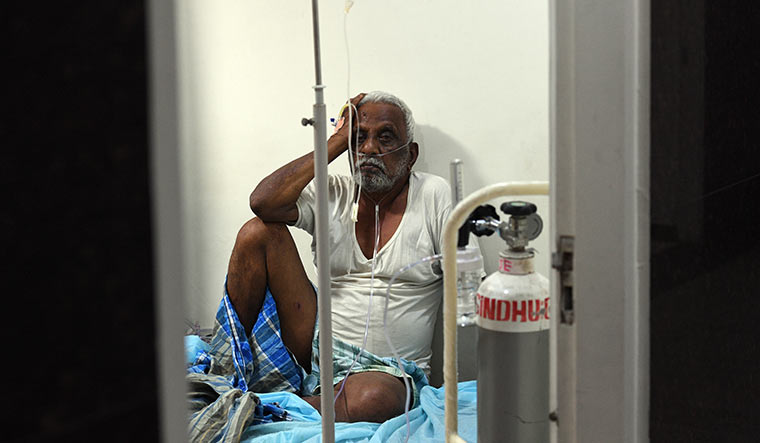 Four people, including two doctors (Dr Rehan and Dr Suresh), were arrested on Wednesday in connection with the alleged scam in allotment of beds for COVID-19 patients overseen by the Bruhat Bengaluru Mahanagara Palike (BBMP). The Central Crime Branch (CCB) Police, which is probing the case, carried out raids across eight war rooms of BBMP.

Dr Rehan was in charge of bed allotment at BBMP’s South Zone war room, while Dr Suresh was in charge at the Bommanahalli war room. Suresh, the second accused, had tested positive for COVID-19.

The duo would allegedly block COVID-19 beds in the names of asymptomatic patients, who were in home isolation, and sell them later in return for bribes.

On Tuesday, Tejasvi Surya, Bengaluru South MP, alleged that beds blocked for COVID-19 patients in home isolation were re-allotted to others charging up to Rs 40,000 for a bed.

Jayanagar police had earlier arrested Netravati (40), a social worker, and Rohith Kumar (22), her nephew, in connection with the scam. Both are residents of Begur. They would allegedly sell blocked beds charging Rs 20,000 to Rs 40,000.

The Central Division of Bengaluru City Police had earlier arrested three others who are allegedly part of the scam. M.N. Anuchet (DCP, Central) said that the arrested allegedly extorted Rs 1.2 lakh from a person for an ICU bed. The complainant, whose father was admitted in Ramaiah Hospital, transferred Rs 50,000 via Google Pay and handed another Rs 70,000 in cash.

The patient was first admitted to a private hospital in Nelamangala. As his condition worsened, he was shifted to People Tree Hospital, where ICU beds were not available. Manjunath and Venkata Subbarao conspired with Punith and got the bed for the complainant’s father in exchange for more money. The patient didn't survive.

The CCB suspects private hospitals are also part of this scam. A bed blocked at Apollo Hospital in Jayanagar in the name of Chandrasekhar, a COVID-19 patient who was in home isolation, was found to be sold by those involved in the scam.