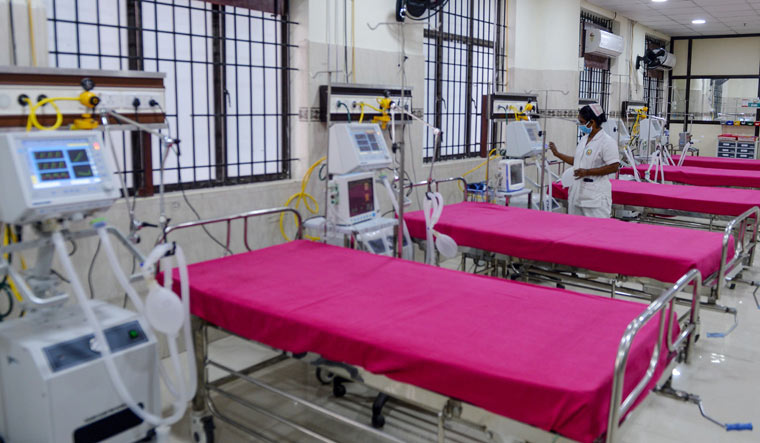 Bengaluru South MP Tejasvi Surya said the city was not running out of hospital beds to treat COVID-19 patients but was suffering due to the artificial scarcity of beds created by corrupt officials of the BBMP Covid War Room and their agents. Surya claimed to have exposed a major bed allocation scam during a surprise audit of the centralised bed allocation system, along with three BJP MLAs from South Bengaluru on Tuesday.

The MP has demanded a thorough probe into the scam that has led to the loss of several lives and stern action against the guilty officials.

"During the audit, we noticed that 4,065 beds had undergone auto-unblocking. After we called up the patients against whose name the bed was initially blocked (booked), we learnt that they were all in home isolation and had never got admitted to the hospital. The BU number of a single patient in home isolation is being used to block 5-20 beds, which are then sold to other patients for a hefty sum," alleged Surya.

Modus operandi of the bed mafia

The bed mafia calls up the COVID-19 patients with BU number to find out if they are asymptomatic and in home isolation. The beds are then booked against that particular BU number. These blocked bed automatically gets unblocked if the patient does not turn up at the hospital within 12 hours. This bed is now manually re-alloted to the patients referred by the agents, who charge a hefty fee of Rs 40,000 for a bed. These agents scout for patients on social media, where people are posting appeals for oxygen and ICU beds.

"When people are gasping for breath, these officials are denying beds to the patients. This bed blocking is not just a case of corruption. These are vultures. They are not just denying beds to emergency cases, but also selling these beds for exorbitant price. The chief minister has assured us that he will ensure these crooks are sent to jail," fumed Surya.

Bommanahalli MLA Satish Reddy alleged that the 'Arogya Mitras' deployed by the government are working as agents to block the beds. "The agents are fleecing the helpless and needy people. In one case, a patient paid Rs 25,000 to the agent through Google Pay to book a bed. We, as the elected representatives are unable to help people find a bed, but these agents can provide one for those who are ready to pay," said Reddy.

The BJP legislator also expressed his ire against the apathy of the officers, who have no inclination to work. "The Centre has dispatched 750 ventilators over the last fortnight and 250 more are expected soon. But none of the ventilators have been installed in the hospitals. We could have saved many lives if only the officials were pro-active and behaved in a responsible manner," rued Reddy.

Basavanagudi MLA Ravi Subrahmanya expressed his annoyance at the officials refusing to receive the calls from the elected representatives.

Chikpet MLA Uday Garudachar recounted his ordeal of finding beds for his electorate. "I had requested them to reserve five beds for each MLA as we get a minimum of 65 distress calls a day seeking beds. But the War Room does not respond to our calls. I urge the government to replace all the people in the War Room and bring in honest and efficient officers. We don't want to feel helpless due to a corrupt system," said Garudachar.