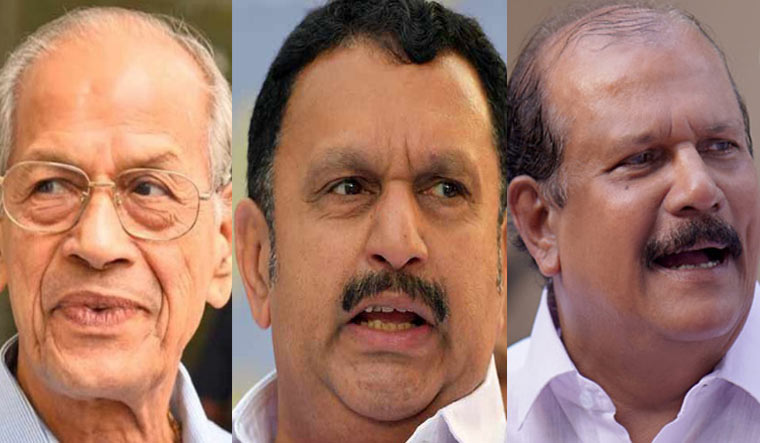 The CPI(M)-led Left Democratic Front has swept the Kerala Assembly elections, winning 99 out of the 140 seats. Riding high on the image of Chief Minister Pinarayi Vijayan, the ruling party has bucked the over four-decade-old trend of swinging between the Communists and the Congress- headed UDF in the southern state. While the UDF bagged 41 seats, the BJP drew a blank.

Here are the prominent losers

E. Sreedharan: Metroman E. Sreedharan, the trump card of the BJP in the state, lost to sitting MLA Shafi Parambil in a high-voltage contest in Palakkad. The technocrat-turned-politician can, however, take heart in the fact that there has been a significant shift in vote share as Shafi Parambil's victory margin came down from 17,483 votes in 2016 to less than 4,000.

K. Surendran: The BJP state president, who had spearheaded party's Sabarimala protests, desperately failed to make any impact in this elections. Surendran finished third in Konni and Manjeshwaram—the two seats he had contested.

Kummanam Rajasekharan: The BJP's poll ride came to a grinding halt in the state as former Mizoram Governor Kummanam Rajasekharan, who was entrusted to retain Nemom in the state capital, failed to repeat the magic created byparty veteran O. Rajagopal there in 2016 assembly elections. Ruling CPI(M) leader and LDF candidate V. Sivankutty wrested the segment back by a margin of3,949 votes.

K. Muraleedharan: The Lok Sabha MP, who was fielded by the Congress as a surprise candidate to wrest Nemom, however finished third in one of the most watched contests in Kerala.

V.T. Balram: In the battle of youngsters, V.T. Balram of the Congress lost to CPI(M)'s M.B. Rajesh in Thrithala constituency.

Suresh Gopi: Film star-turned-politician Suresh Gopi, who contested on a BJP ticket, was settled in the third position in Thrissur where LDF candidate P. Balachandran defeated Padmaja Venugopal of Congress by 946 votes.

P.C. George: Incumbent MLA P.C. George has lost from Poonjar, from where he has won elections every time since 1980, barring 1987. The "motormouth" legislator lost as Sebastian Kulathinkal of the LDF-backed Kerala Congress (M) won by 11,404 votes.

Jose K Mani: The Kerala Congress(M) chief who recently joined the LDF fold after snapping its decades-old ties with the UDF, wasdefeated by his rival and sitting MLA, Mani C. Kappan.

K .J. Alphons: The former Union minister did not create any stir in Kanjirappally and lost.