On Monday evening, the total number of COVID cases in the state touched 11,20,176 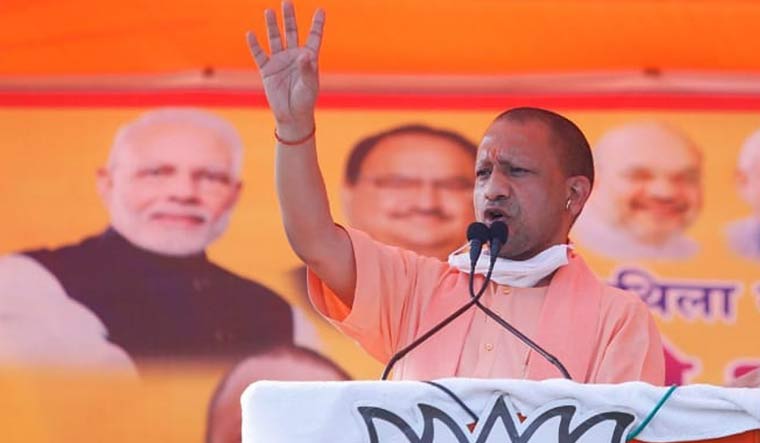 A BJP MP has written to Uttar Pradesh Chief Minister Yogi Adityanath, complaining about vacant beds in government hospitals even as patients continue to die because of lack of beds and oxygen. Kaushal Kishore, the party MP from Mohanlalganj, recently lost his elder brother to COVID. He has been threatening to stage a sit in, if oxygen is not made available to the ailing—including those who are isolating at home.

Kishor’s letter said that the Vice Chancellor of Lucknow’s biggest hospital, the King George’s Medical University, had tested COVID positive on April 5 and had not come for work till April 17, after which he went on a long leave of absence till May 4.

The two departments—respiratory and pulmonary, and critical care, which had a critical role to play in the management of COVID-19 patients—were without heads for the last one year while the remaining doctors were more interested in talking to the media, Kishore’s letter says. He also draws attention to the 100 plus beds with oxygen and the six ICU beds in the Respiratory Medicine department, which are lying vacant. “The truth of the matter could be investigated by having a look at how many patients were admitted and how many discharged in the last 20 days”, says the letter.

The pulmonary and critical care department beds, according to Kishore, are reserved for criminals and the like, while the two senior doctors of the department are busy elsewhere leaving patient care to their juniors. In addition, all beds on the fourth floor of the KGMU Covid care hospital are lying vacant. At another government hospital, Balrampur, which is providing COVID care, only five of the 20 ventilators are working while the BiPAP is non-functional.

Despite the government’s efforts, mismanagement at KGMU and Balrampur Hospital has meant that beds remain vacant, while patients—both COVID positive and COVID negative—continue to suffer. Kishore has called upon the CM to take strict action against doctors who are interested only in issuing statements to the media. “All beds with oxygen should be used at once to admit COVID and non-COVID patients,” he wrote.

“If a patient dies waiting for a bed, while beds remain vacant a case of culpable homicide should be registered against the doctors”, he said.

On Monday evening, the total number of COVID cases in the state touched 11,20,176. Of these 33,574 were infections reported within the preceding 24 hours. This was more than the 26,719 who were discharged during the same duration. The number of deaths reported in the period was 2,489, taking the total death toll since the start of the pandemic to 11,414. The number of active cases in the state stands at 3,04,199.