US Navy announces first flight of submarine-hunter helicopter for India

The MH-60R is the main anti-submarine, anti-surface warfare helicopter of the US Navy 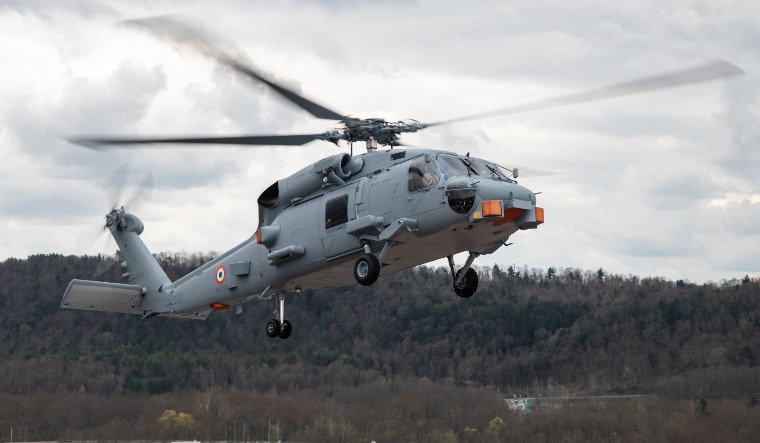 The Naval Air Systems Command of the US Navy on Tuesday announced that the first MH-60R anti-submarine warfare helicopter for the Indian Navy had made its maiden flight.

On its official Twitter handle, NAVAIR informed the first flight of the MH-60R happened at Owego in New York state, where Lockheed Martin, the aircraft's builder, has a test facility.

The contract to buy 24 MH-60R helicopters for the Indian Navy was announced during the visit of then US president Donald Trump to India in February last year. On Navy Day last year, Lockheed Martin released the first image of the MH-60R in Indian markings. The US Navy had, reportedly, allowed Lockheed Martin to divert three aircraft meant for domestic use to fulfil the Indian requirement. The accelerated delivery plan was linked to increasing worries in both nations about Chinese naval activity in the Indian Ocean.

The Print quoted sources as saying the first aircraft will be delivered to India by July-end.

The MH-60R helicopters will be the first new western-designed heavy anti-submarine helicopters to enter Indian Navy service after the British-supplied Sea King first entered service in July 1971. The Sea King remains in service with the Indian Navy, but in dwindling numbers.